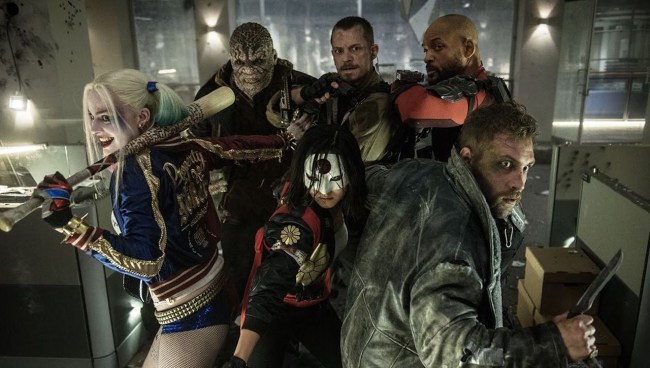 If you’ve ever read one of my Batman or Joked-related articles, then you know that I absolutely cannot fucking stand Jared Leto’s portrayal of the Joker in the epic 2016 bomb that was Suicide Squad.

Look, I’m sure Jared Leto is a decent guy (maybe?), but his character choices when it came to the Joker were nothing short of moronic, as his version of the Clown Prince of Crime is easily the worst to ever appear on film.

Whether it be the cringe-worthy face tattoos, the awful cackle, or the fact that he was a swoll gangster pimp hybrid, Leto’s Joker was nothing short of a disaster. In fact, his performance was so awful that it appears Warner Bros. has mothballed it entirely. IN FACT, Leto’s performance was so awful that when Suicide Squad star Joel Kinnaman was asked about it, he pretended it didn’t even exist.

While appearing on the latest episode of The Big Ticket with Marc Malkin, Kinnaman — who starred as Rick Flagg in Suicide Squad — was asked about Leto’s Joker and responded as if he didn’t even know he existed before immediately heaping plaudits on Joaquin Phoenix.

“No. Who?” Kinnaman said when Malkin asked him about ‘cheating’ on Leto. “Joaquin just crushed. I mean, wow. He’s incredible. He’s such an actor. It’s surprising to see something have that kind of performance that has a DC wraparound because it’s a real art film. I have a sister who’s a schizophrenic and I’ve drawn on some of her behavioral things in some of the things I’ve done earlier and I was really struck by how accurate his performance was. I think he’s really one of the best of all time.” [via ComicBook.com]

Given that Leto reportedly sent his co-stars condoms, rats and dead pigs during the filming of Suicide Squad, it should come as no surprise that those who worked with him on the film aren’t necessarily full of effusive praise for the Academy Award winner.

Despite the abject failure of Suicide Squad, Kinnaman will return to play Rick Flagg in James Gunn’s reboot The Suicide Squad, which is set to be released in theaters in 2021. Leto, of course, will not be returning (thank god).