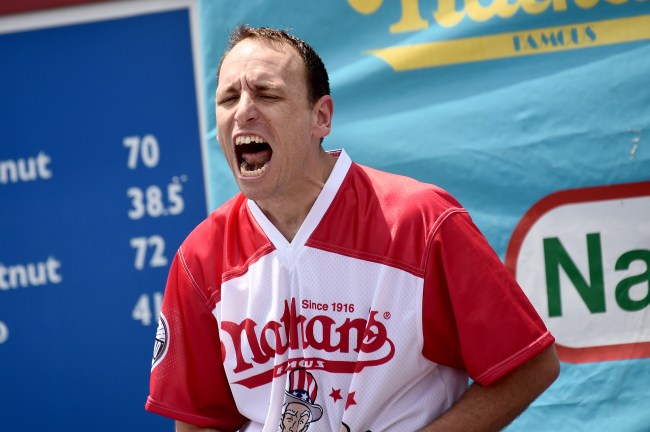 Is there any competitor in modern history more dominant than Joey Chestnut? Ok, don’t answer that.

The 35-year-old has taken home the Mustard Belt at the Nathan’s Famous International Hot Dog Eating Contest every single year since 2011, with the exception of 2015 when Matt Stonie upset Chestnut in 2015.

Chestnut is coming off a mind-bending 2018 performance in which he scarfed down 74 hot dogs in 10 minutes. SEVENTY FOUR. That is a world record. For perspective on how far the world of competitive eating has come, the world record was only 25 hot dogs in 2001.

The Kentucky native is hoping to inhale 80 hot dogs this July 4th in Coney Island, and is preparing like the world-class athlete he is.

In the run-up to the competition, ESPN produced a 30 for 30 on Chestnut titled “The Good, The Bad, The Hungry,” an act of journalism that NBC Sports’ Peter King finds deplorable.

ESPN and the @30for30 franchise has done some really great docs and journalism.
A shame that as at least a fifth of children in America go to bed hungry nightly they’re highlighting gluttony, treating someone who overeats excessively as a “competitive athlete.” Truly disgusting.

In any event, here is a clip of how the 6’1”, 230-pounder has trained for the biggest moment of his professional career.

“When I was younger, I could practice every three to four days,” Chestnut said. “Now, I have to practice once every six to seven days. I know more about my body now. If I had that knowledge when I was younger, who knows how far I could go?”

The video of Chestnut training has gone viral, and everyone seems to have the same reaction: WTF.