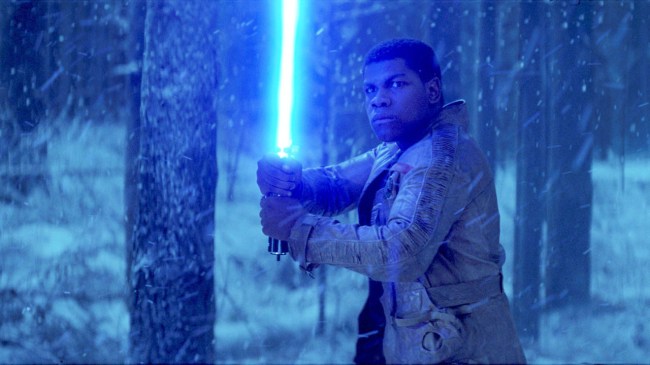 Ever since Disney rebooted Star Wars back in 2015 with The Force Awakens, while the franchise has been widely successful, it hasn’t necessarily been universally beloved.

Whether it be the complaints about the lack of originality in The Force Awakens or the frustration with the tone and comedic sensibilities of The Last Jedi, Disney’s Star Wars outputs have been far from a critical home run with the entire fan base.

While I personally enjoyed The Last Jedi, I find the general complaints about the film to be valid, especially when considering that star John Boyega is in the camp of fans that don’t agree with where the film took the franchise.

In a recent interview with Hypebeast, Boyega spoke on his feelings about some of the narrative choices made by writer and director Rian Johnson in The Last Jedi.

“The Force Awakens I think was the beginning of something quite solid, The Last Jedi if I’m being honest I’d say that was feeling a bit iffy for me,” John Boyega (Finn) told Hypebeast. “I didn’t necessarily agree with a lot of the choices in that and that’s something that spoke to Mark [Hamill] a lot about and we had conversations about it. And it was hard for all of us, because we were separated.”

“I guess the original Star Wars films, there was much more of a trio feel where it was essentially about Luke’s journey, but Han and Leia there was a strong dynamic, which I think, I don’t know how quickly we’re going to be able to establish that longterm dynamic with [Rise of Skywalker]. But if it’s exploring that dynamic, then that would be cool. I do feel even after three films still, we don’t know them as much as we got to know Han, Luke, Leia. And maybe that’s a great opportunity to get to know them a little bit more.” [via Hypebeast]

With J.J. Abrams back in the director’s chair for Star Wars: The Rise of Skywalker, both Boyega and fans can expect the franchise to revert to the bubbly popcorn affair that it was prior to Johnson’s notably heavier handed touch.