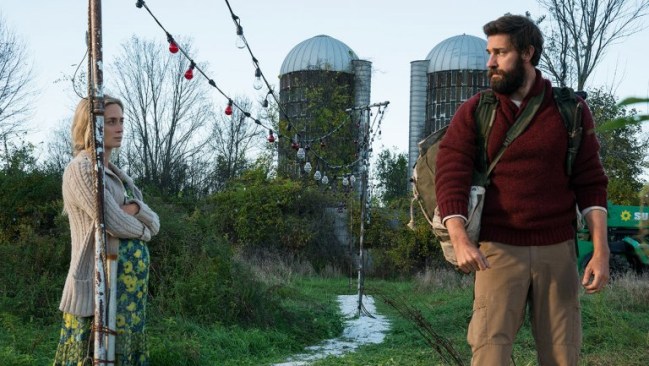 Ever since Disney acquired 20th Century Fox and all of its various Marvel Comics assets — such as the X-Men, Deadpool, and Fantastic Four, ever heard of ’em?– fans of the Marvel Cinematic Universe have been clamoring for the studio to cast real-life married couple John Krasinski and Emily Blunt as comic book married couple Reed Richards and Sue Storm, a.k.a. Mr. Fantastic and Invisible Woman.

Given the pair’s obvious on-screen chemistry and physical similarities to the characters, the casting has long seemed like a no brainer, as essentially everyone within the comic book film community is on board with the idea, including Krasinski himself.

Speaking to TotalFilm while promoting A Quiet Place Part II, Krasinski confirmed that he would “love” to star as Mr. Fantastic if Marvel wanted him to:

You’re like, “Do you have any interest in not shattering people’s dreams”? [Laughs] I would love to be in the Marvel universe. I love those movies because they’re fun, but I also think they’re really well done. And certainly a lot of my friends are in those movies. I have no idea what [Marvel] are thinking. But if they are considering me for Mr. Fantastic, continue to considered me because I would love it. [via TotalFilm]

Given that the Fantastic Four is one of Marvel’s most iconic group of characters, it is simply a matter of when, not if, it’s rebooted. And with both Krasinski and fans on board with his casting as Reed Richards, it would come as a surprise to no one if Marvel Studios agreed.