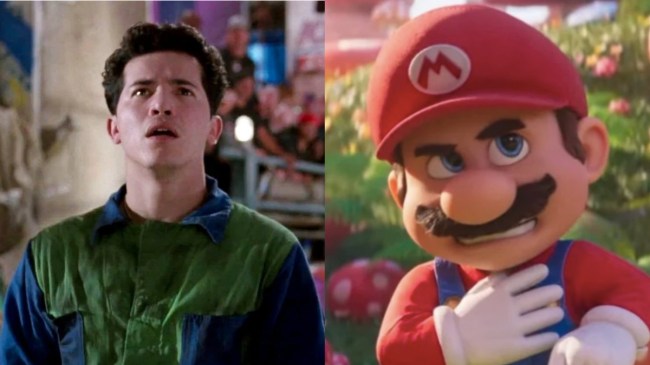 John Leguizamo, the longtime actor who starred as Luigi in the 1993 film Super Mario Bros. (and is also starring in The Menu, which hits theaters tomorrow), has added his name to the growing list of people criticizing the upcoming animated Super Mario Bros. Movie, which features Chris Pratt in the lead voice role.

While fans were already confused by Pratt’s casting was announced, that sense of confusion and concern was only amplified when the first trailer for the film dropped and revealed that Pratt’s Mario voice is actually, and weirdly, just his regular voice.

The 62-year-old Leguizamo certainly seems to agree, as he recently said in an interview with Variety that casting Pratt as Mario and Charlie Day as Luigi is “going backward.”

“I’m O.G. A lot of people love the original. I did Comic-Con in New York and in Baltimore, and everyone’s like, ‘No, no, we love the old one, the original.’ They’re not feeling the new one.’ I’m not bitter. It’s unfortunate,” Leguizamo said.

Released in 1993, the critically-panned Super Mario Bros. features Bob Hoskins as Mario alongside Leguizamo’s Luigi as two Brooklyn plumbers in the first-ever feature-length live-action film based on a video game.

Mario famously isn’t the only iconic cartoon character that Pratt will be voicing in the coming years as he’ll also be the star of the upcoming animated Garfield movie. In addition to Pratt and Day, The Super Mario Bros. movie stars Anya Taylor-Joy as Princess Peach, Jack Black as Bowser, Seth Rogen as Donkey Kong, and Keegan-Michael Key as Toad.