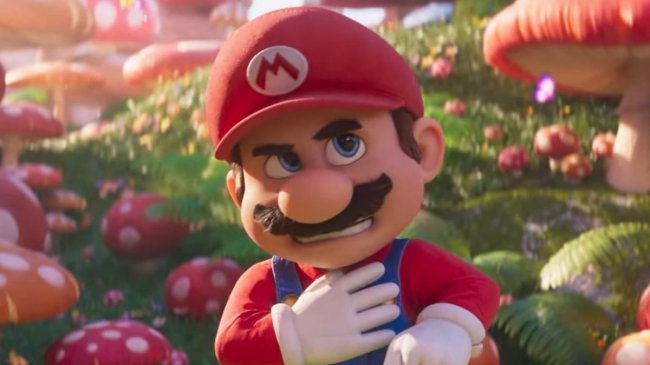 On Thursday at New York Comic-Con, Nintendo and Illumination unveiled the first trailer for the Chris Pratt-starring Super Mario Bros. movie. And with the release of the trailer came the official reveal of Pratt’s Mario voice, which has been a topic of conversation and endless meme-ing ever since it was announced.

The first trailer for the Super Mario Bros. Movie is here and with it comes the first glimpse of Chris Pratt’s Mario voice

After finding out that Pratt’s Mario voice is basically just his regular speaking voice, the internet had some predictably hilarious reactions after all these months of half-joking anticipation (as a reminder, Pratt is *also* voicing Garfield in an upcoming animated film, too):

“Hello my name is Mario the Plumber and I am from eastern Ohio.” https://t.co/3XXUEFEN4J

“Who would have thought that Chris Pratt’s big secret voice in the Mario movie would be his normal speaking voice?” quipped Hard Drive Magazine.

“Jack Black is doing a character voice and Chris Pratt is most definitely not,” stated this Twitter user.

Chris Pratt said he was “working on his Mario voice”????? WHERE??? Bro that’s just you

“You can tell Jack Black put a ton of love and heart into his Bowser voice, while Chris Pratt just uh… spoke?” said this tweeter.

You can tell Jack Black put a ton of love and heart into his Bowser voice, while Chris Pratt just uh… spoke? Kinda weird but the visuals are absolutely fucking stellar, and I love the general vibe of the whole thing.

All this speculation about how Chris Pratt is gonna do Marios voice and it turns out, it’s just Chris Pratt’s normal voice

Chris Pratt's voice is still jarring to hear coming out of Mario but everything else in the Mario trailer looked amazing. I'm genuinely excited to see this thing pic.twitter.com/3QCP7oJc0k

Aside from Pratt’s seemingly uninspired voice choice, though, the reception to the first-look at the film seems to be generally positive, especially when it comes to the glimpse of Jack Black’s performance as Bowser.

In addition to Pratt as Mario, The Super Mario Bros. Movie. stars Charlie Day as Luigi, Jack Black as Bowser, Anya Taylor-Joy as Princess Peach, Keegan-Michael Key as Toad, Seth Rogen as Donkey Kong, and more. The film is a collaboration between Nintendo and Illumination, the studio behind the Despicable Me franchise. At this time, The Super Mario Bros. Movie is scheduled to hit theaters in the United States on April 7, 2023.