John Mayer Was Once In ‘Throuple’ For Months With 2 Smoking Reality Stars, Just Cemented His Legend Status 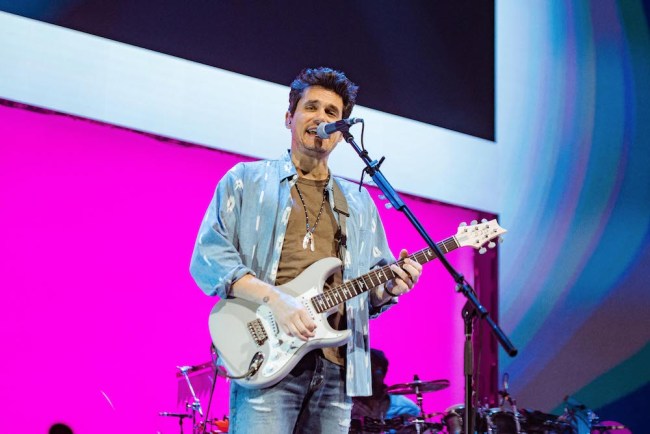 John Mayer‘s eventual biography will be legendary, especially if the singer decides to spill the tea on all the famous women he’s bedded over the years. Just look at this damn list of former girlfriends and flings.

Until Mayer decides to write a tell-all, we’ll have to just live off insane stories like these from Scheana Shay – a former Mayer fling and star of “Vanderpump Rules.”

Shay did an interview on the Flashbacks podcast last week and she held nothing back regarding her time with Mayer that involved her best friend and roommate Stacie Adams. Reality show fans will remember Adams from her time as “Stacie the Bartender” on “The Hills.”

On the podcast, Shay revealed she met Mayer back in 2008. She was working as a cocktail waitress at a private party hosted by Mayer at the exclusive Grand Havana Room in LA.

The pair meet prior to his 2009 breakup with Jennifer Aniston, with Shay admitting she got “wasted” with Mayer and Aniston at the party. Mayer and Aniston broke up, and the guitar god went back to the Grand Havana Room to get her number.

Just to put some faces to the names, here are Scheana Shay and Stacie Adams now.

The one of the hosts of Flashbacks asked if she meant a “sexual throuple,” and Shay clarified she did. But the reported arrangement wasn’t entirely without snags.

“I definitely got a little jealous towards the end of it because I knew he liked her more,” Shay said. “And I was like, ‘Wait, I brought you into this and now you’re getting more attention than I’m getting. What’s up with that?’

And then even after him and I stopped talking, they continued talking. Her and I had like a year of just awkward friendship falling out, but then came full circle a year later and have never been closer.”

Shay eventually got fired from the job when news of the relationship leaked to the tabloids and management at the Grand Havana Room. She was upset, at first, but realizes now that getting fired was the best thing that ever happened to her.

Shay landed a new job at the Villa Blanca restaurant— owned by Lisa Vanderpump – and ended up on “Vanderpump Rules.”

“If it wasn’t for John Mayer, I wouldn’t be on ‘Vanderpump Rules’,” Shay said.

Cody Rhodes Talks Tattoos, Nicknames + Gives The Backstory To The Most Cringe-Worthy Promo Ever