John Mulaney Rebounded Out Of Rehab By Having A Baby With Olivia Munn, As All Men Do 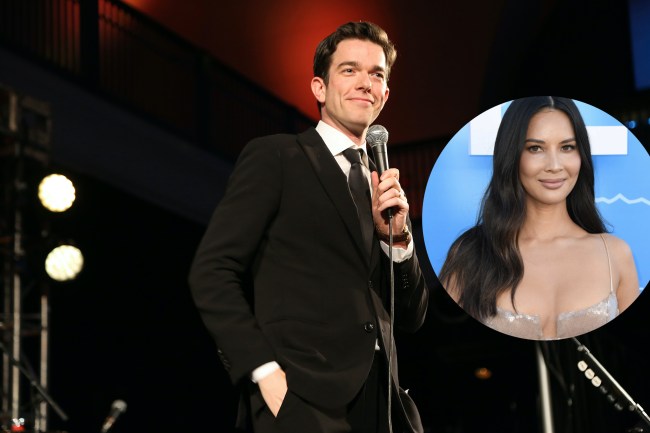 Hell to the yes, John Mulaney. Now THAT is how you follow up a stint in rehab: beginning a relationship with and then subsequently having a baby with the stunning Olivia Munn. We’ve all hit rock bottom at some point in our lives, and yet I imagine less than 1% of us have followed up that bottoming-out by kicking off a romance with one of the most beautiful women in the world. Perks of being a hilarious comedian who also looks like the nerdy alter-ego of a C-list superhero, I suppose.

During an appearance on Late Night with Seth Meyers on Tuesday night — Mulaney and Meyers are longtime friends from their days as writers on Saturday Night Live, with Mulaney even briefly working on Late Night prior to his rehab stint last year — Mulaney discussed what he’s been up to recently, joking that he “packed a lot” into this last year, including striking up a relationship with Munn, who he credits with helping “save him from himself.”

“I got into this relationship that’s been really beautiful with someone incredible who has dealt with the non-coked-up Bambi version of me and that’s been very incredible,” Mulaney joked.

“She got to date me right out of recovery, which is what they call a reverse catch. She’s kind of held my hand through that hell and we are having a baby together,” he said.

While I’ve never had to check into rehab — and no shame if you have, just saying it’s not something I’ve personally experienced — if I ever do, I, too, hope to follow it up by kicking off a romance with one of the sexiest women I’ve ever seen. If there’s one thing to keep you on the straight and narrow, I imagine it’s your actress/model girlfriend and your on-the-way child.

And by the way, the entire 19-minute interview is absolutely worth the watch as Mulaney details his struggle and recovery with the typical hilarious candor he’s become known for. Way to be, John, we wish you nothing but the best: health, success, and happiness.