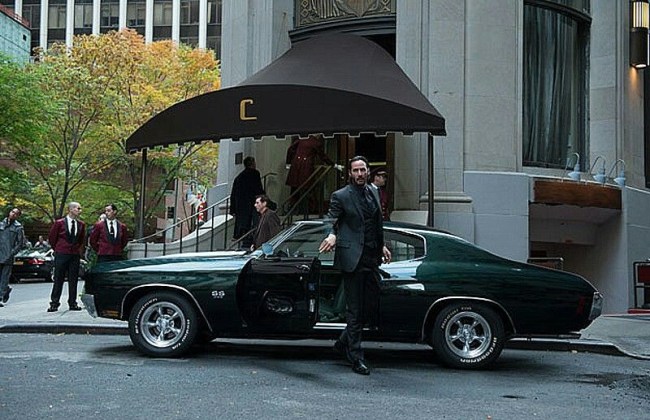 The mastermind behind the epic and wildly successful John Wick franchise is circling in on his next big Hollywood project.

According to reports from Deadline, Chad Stahelski — the former stunt coordinator turned in-demand director — is currently being eyed by Paramount Pictures to direct an original, “high-concept” action movie that captures “the spirit of great car movies” and has a “unique central relationship at its center.”

A Quiet Place producers Andrew Form and Brad Fuller have set at Paramount an action movie described as a high-concept spin capturing the spirit of the great car movies, with a unique central relationship at its center.

Chad Stahelski is eyeing to direct; Andre Nemec and Josh Appelbaum will write the script. Form and Fuller will produce through their Par-based Fully Formed Entertainment, along with Stahelski through his 87eleven Entertainment banner. Midnight Radio’s Nemec & Applebaum will also be producers and 87eleven’s Jason Spitz will be executive producer. [via Deadline]

At this time, no actors are currently attached to star in the project and it is unclear when production on the film is set to begin.

Stahelski, who made his directorial debut with 2014’s John Wick, was famously Keanu Reeves’ stunt double on The Matrix trilogy. The acclaimed action auteur certainly has an affinity for automobiles as they are featured heavily in the John Wick franchise, particularly in the original and the sequel.

Stahelski is certainly busy these days, as he’s not only set to direct John Wick 4, but is being eyed to potentially helm a reboot of Highlander.