Check Out The Trailer For Johnno & Michael Try Season 2, Which Drops On Amazon Prime Nov. 7th 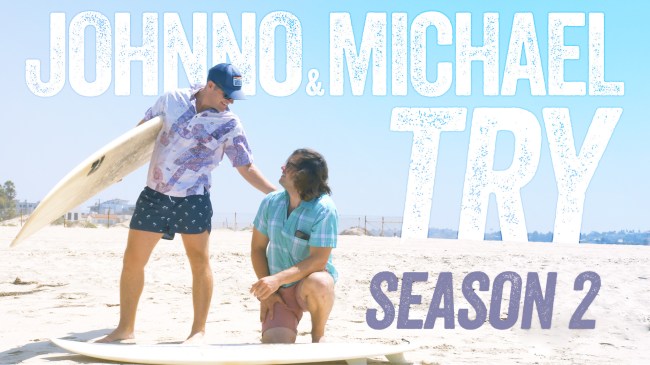 Get excited – and ready to laugh – as the second season of Johnno & Michael is coming to Amazon Prime on November 7th for your streaming pleasure.

The beauty of this show is that it’s not just your normal comedy, instead, it’s a sketch narrative comedy with the duo attempting new, but familiar genres or endeavors each and every episode. Johnno and Michael try things from Christmas sketches to funny 80’s comedy we’re all familiar with.

To get a better understanding of the show, check out the trailer for Season 2.

The guys seem to be all over the place in terms of characters and locations, which is a good and different spin on things.

You can catch up on the show, which stars Johnno Wilson and Michael Strassner, by binge-watching all 10 episodes of Season 1 prior to the latest season dropping on November 7th.

The first season was a five-star hit on Amazon Prime and the second season looks absolutely hysterical.