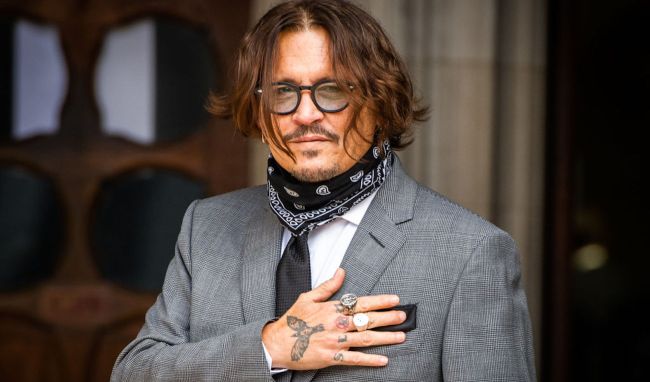 Fresh off of winning his defamation lawsuit against his ex-wife Amber Heard, Johnny Depp has begun the process of rebuilding his formerly A-list career, but perhaps not in the way you might expect.

Just a week after a Virginia courthouse ruled in Depp’s favor, the 58-year-old actor and Jeff Beck announced that they have recorded a new album titled 18 and will release it this summer.

The 13-track LP is largely a covers album, with Depp and Beck tackling a diverse range of artists spanning from the Beach Boys and Marvin Gaye to Killing Joke and the Velvet Underground. However, 18 features a pair of Depp originals: The first single, “This Is a Song for Miss Hedy Lamarr,” which they debuted on stage, and “Sad Motherfuckin’ Parade.”

“I was blown away by it,” Beck said of “This Is a Song for Miss Hedy Lamarr” in a statement. “That song is one of the reasons I asked him to make an album with me.”

Depp added in a statement, “It’s an extraordinary honor to play and write music with Jeff, one of the true greats and someone I am now privileged enough to call my brother.”[via Rolling Stone]

While the announcement of 18 has shed some light on Depp’s music career, fans of his are obviously waiting with bated breath for him to announce his next film project. Perhaps now that Depp has been cleared in the all-important court of public opinion, perhaps Disney will see if a couple dozen million dollars will convince him to return to the Pirates franchise.