Johnny Knoxville Reveals Why ‘Jackass 4’ Will Be His Last Stunt Movie; Fans Shocked To Find Out He’s 50 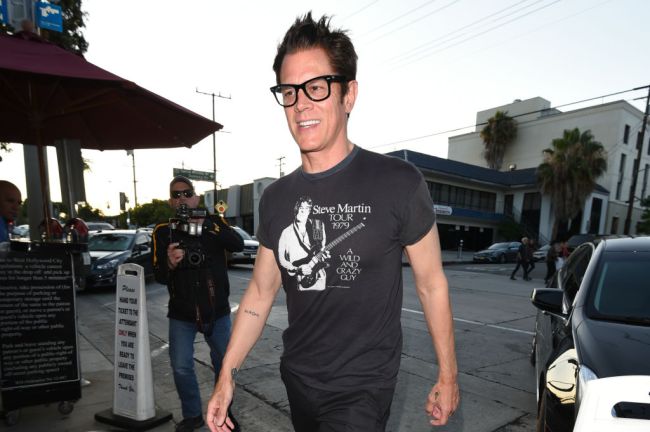 Knoxville did an in-depth interview with GQ, where he said the fourth Jackass movie will be his last.

“You can only take so many chances before something irreversible happens,” Knoxville told the publication. “I feel like I’ve been extremely lucky to take the chances I’ve taken and still be walking around.”

In the last days of filming Jackass 4, Knoxville performed a stunt with a bull, which left him with a broken rib, a broken wrist, a concussion, and a hemorrhage on his brain that gave him “excruciating” headaches.

The Jackass star said he suffered four concussions while shooting Action Point, a 2018 movie about a dangerous amusement park based on the now-closed Action Park in New Jersey. “I knew that my stunt career was winding down after that film,” he said.

Knoxville suffered a concussion while filming the original Jackass movie in 2002, when he was knocked unconscious by 400-pound boxer Butterbean.

“I got vertigo after that, along with the concussion,” Knoxville remembered. “So when I’d drive around corners, I would just start to get the spins. They gave me some medication to correct it eventually.”

“I can’t afford to have any more concussions,” he said. “I can’t put my family through that.”

“Filming Jackass at this age is much the same as it ever was, with two big differences,” said Knoxville’s long-time co-star Steve-O. “Our bones break significantly easier. And it takes less to knock us completely unconscious. Plus longer to wake up.”

In the beginning, Knoxville loved performing the dangerous stunts.

“It’s something that I did with my friends. And I was decent at it. [I loved] the exhilaration and relief, once you get on the other side of the stunt,” he says. “Or when you come to. You wake up, you’re like, ‘Oh, was that good?’ And they’re like, ‘That was great.’ You got a good bit when there’s seven people standing over you, snapping their fingers.”

But Steve-O notes that every Jackass movie has been said to be the “last one.”

“I honestly thought the ship had long since sailed, and I was kind of okay with that,” Steve-O said. “Every movie that we ever made was the f**king last one. And not just the last one, but declared as the last one.”

The article noted that gray-haired Knoxville recently celebrated his 50th birthday in Los Angeles. Jackass fans were in disbelief that Knoxville is 50.

If you ever feel like something is impossible just remember that Johnny Knoxville has lived to see 50.

Johnny Knoxville making it to 50 after watching him do Jackass stunts for years only affirms my belief that anything is possible. pic.twitter.com/CCFyMgaA8U

All of us finding out Johnny Knoxville made it to age 50 pic.twitter.com/V4X6g1yxXm

Jackass 4 comes out on October 22, when we’ll hear for the last time, “Hi, I’m Johnny Knoxville and this is Jackass.”