Did You Catch The Joker Easter Egg In The ‘Snyder Cut’ Trailer? 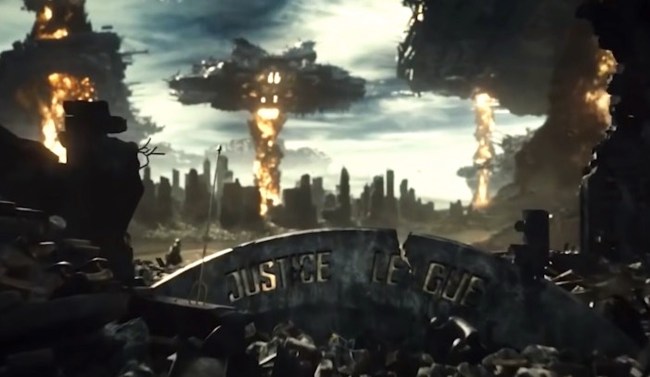 If you haven’t seen the reference to Joker in The Snyder Cut trailer yet, then I apologize, I truly hate to be the bearer of bad news. In what I thought was a relatively decent trailer (all things considered), the last thing we needed to be reminded of was Ghosts of Jokers’ Past, but that’s exactly what we got in the trailer’s opening moment: keep your eyes peeled above the destroyed Justice League sign.

Did you catch it? There it is in all of its shame, a Joker card — the same Joker card that Batman had taped to his gun in the Knightmare sequence in Batman v. Superman: Dawn of Justice. 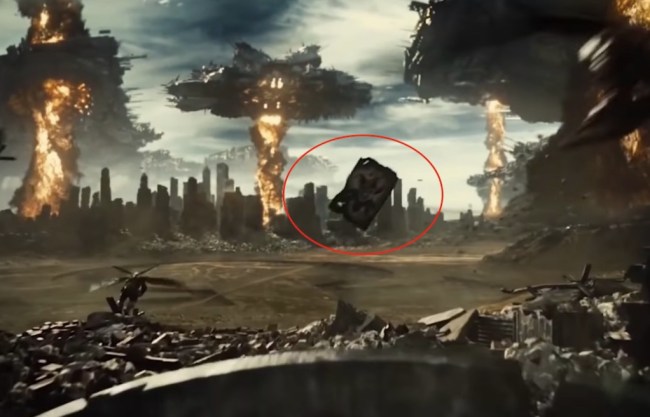 the Joker card that was on Ben Affleck’s Knightmare Batman’s gun can be seen blowing about during #TheSnyderCut trailer!#DCFanDome pic.twitter.com/2xykymWxNg

To his credit, Snyder did previously say that The Snyder Cut would explore his version of Robin — the version teased in Batman v. Superman who very clearly died at the hands of the Clown Prince of Crime — so maybe that’ll be the extent of Joker’s appearance in The Snyder Cut. That said, if there was one thing that could tamper my excitement for this unprecedented comic book event, it would be an appearance from my arch-nemesis: Jared Leto’s Joker.

In addition to the trailer, Snyder also revealed at DC FanDome that The Snyder Cut would be delivered as a four-part miniseries before being cut into a four-hour film afterwards for those who chose to view it that way (that would be me, I think turning it into a miniseries sort of corrupts the integrity of it being a “film”).