SHUT IT DOWN: Jon Taffer Announces ‘Marriage Rescue’, A New TV Show Where He Saves Marriages 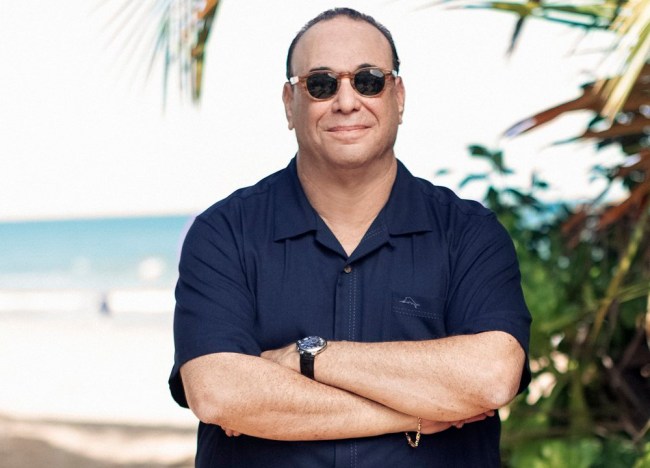 Few things in the world are better than binging Bar Rescue on the couch on a Sunday. The formulaic theatrics of the show are electric for binge watching: Taffer screaming at bar owners and managers who just can’t get their shit together, a toxic hospitality work environment, food being stored in fridges at room temperature, glass in the ice bin, the inevitable bar transformation and re-branding from a quirky neighborhood dive to a lifeless sports bar with a million flat screens.

Because sometimes, when it comes to relationships, you have to….

So what is Taffer’s recipe for success for holy matrimony, besides a whole lot of real talk?

According to THR, “….Taffer brings the participants to a resort in Puerto Rico and uses unconventional methods — including paintball, skydiving and no small amount of direct confrontation — to help them get a fresh start.”

CANNOT wait for this. Are there going to be themed marriages? Like a couple that lives their lives entirely like pirates, but for some reason that just doesn’t work?

He wasn’t able to save the Pirate themed bar in Silver Spring, Md. Pirate’s seem to really give Jon trouble. https://t.co/fH1uc6Gebg

Here’s what Taffer had to say in a statement:

“I am very excited about Marriage Rescue,” said Taffer, who’s also an executive producer. “Bar Rescue is first and foremost about helping people flourish in difficult situations. Marriage Rescue will allow me to focus my energy and passion on couples that need to confront issues and cause serious change in their relationship. At the end of the show, whether the couple decides to stay together or part ways, I know that our work together will leave everyone in a better place with confidence in their future.”

I’ve never been more excited for a summer cable TV show than I am for Jon Taffer, marriage counselor.

And if you listen to the podcast YEAH BUT STILL, it’s wild to see all of this come to life.