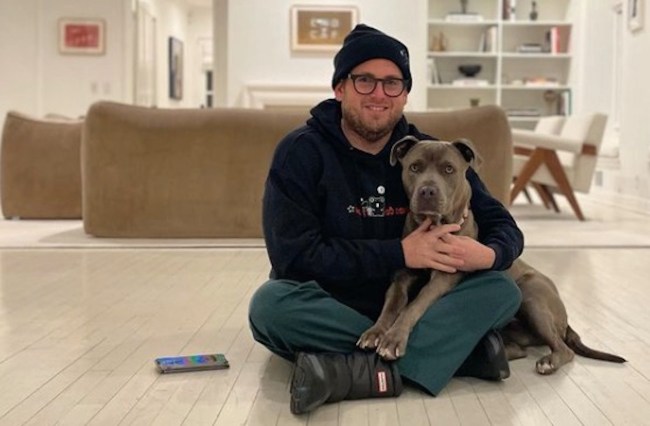 You know what movie I caught over the weekend that became an instant classic the moment it was released? 2013’s legendary This Is The End. What a time to be alive, where Hollywood’s elite comedy actors just decided “Screw it, let’s make a movie about ourselves.”

Playing “extreme” versions of their real-life selves, Jonah Hill’s characterization is by far the funniest, as he’s portrayed as this pompous, douchey elitist.

But while Jonah Hill may have been acting like a douchebag, everything about the guy seems to indicate that he’s actually quite the opposite, particularly this Instagram post from the weekend that saw the Academy Award-nominated actor dunk on the Daily Mail for trying to body-shame him.

“I don’t think I ever took my shirt off in a pool until I was in my mid 30s even in front of family and friends,” Hill wrote on Instagram.

“Probably would have happened sooner if my childhood insecurities weren’t exacerbated by years of public mockery about my body by press and interviewers. So the idea that the media tries to play me by stalking me while surfing and printing photos like this and it can’t phase me anymore is dope. I’m 37 and finally love and accept myself. This isn’t a ‘good for me’ post . And it’s definitely not a ‘feel bad for me post’. It’s for the kids who don’t take their shirt off at the pool. Have fun. You’re wonderful and awesome and perfect. All my love.

Oh and Daily Mail, not even you can take that smile from my face.”

While it’s been a couple of years since we’ve seen Jonah Hill, the 37-year-old is teasing that he is just weeks away from announcing the next film he’s going to direct (Hill made his directorial debut with 2018’s Mid90s). He’ll also star alongside Leonardo DiCaprio, Jennifer Lawrence, and tons of other A-listers in Adam McKay’s Don’t Look Up, which is set to hit Netflix later this year.