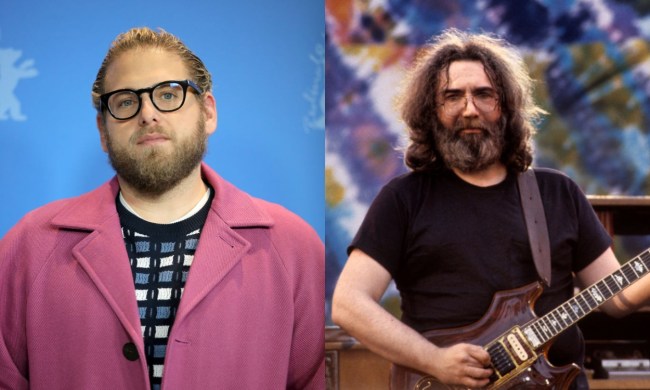 Two-time Academy Award Jonah Hill is re-teaming with legendary director Martin Scorsese for a biopic about iconic jam band The Grateful Dead. Hill, who received a Best Supporting Actor nomination for his work in Scorsese’s 2013 hit The Wolf of Wall Street, is set to play late frontman Jerry Garcia, who passed away at the age of 53 in 1995 due to a heart attack.

While it’s unknown what will be covered in the film, the story of the group goes back to its formation in the Bay Area amid the rise of the psychedelic counterculture of the ’60s. They continued to record albums and tour, with Deadhead fans following them throughout the years all over the country for lengthy jam sessions. The good times came to an end when Garcia died in 1995, though surviving members have carried on in various incarnations. [via Deadline]

As soon as the news hit the internet, fans of both Hill and The Grateful Dead took to Twitter to react with memes and jokes galore:

Since Jonah Hill trending bringing this gem back to the tl pic.twitter.com/F6UjryL5Ja

I don’t need anything else in life.https://t.co/Ib0peQq6La

‘Dress for the job you want, not the job you have’ https://t.co/6CAo3sjIim pic.twitter.com/8Y0SXfjAHi

do you think Marty Scorsese saw this fire ‘fit pic and was like “…that’s the guy for the job, that’s Jerry” pic.twitter.com/da6kP5jevU

More Jonah Hill and Scorsese. He was the best thing about Wolf of Wall Street. His fucking teeth alone were hilarious pic.twitter.com/rom8FA07Ke

Don’t be a puss @JonahHill chop that finger off.

Jonah Hill finally getting reputable lead roles and not having to play the “comedic fat guy” pic.twitter.com/mdNsPIgybx

Prior to filming this Grateful Dead biopic, Hill can next be seen in Adam McKay’s star-studded comedy Don’t Look Up, which hits theaters on December 10 and Netflix on December 24. As for Scorsese, his next film — the Leonardo DiCaprio, Jesse Plemons, and Robert De Niro-starring Killers of the Flower Moon — will hit theaters sometime in 2022. A release date has yet to be confirmed.

At this time, the Grateful Dead film — which is being produced by Apple — does not have a title nor a release date, but we’ll be sure to update you when all of that information is announced