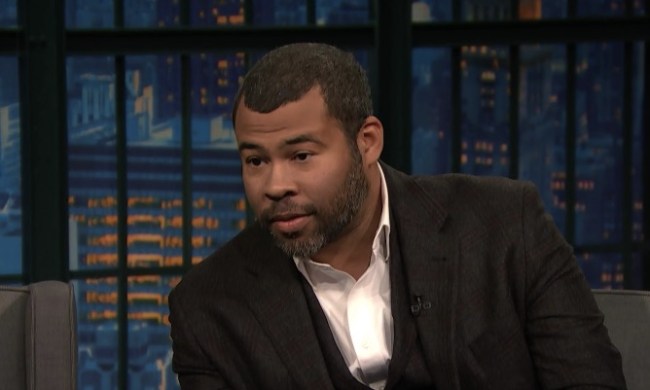 After the impressive success of Get Out, Jordan Peele is making moves. Peele is making a new horror flick called “Us” with an all-star cast. The upcoming Universal Pictures movie is promising “a new nightmare” and you can see the first poster for the movie HERE. Peele is also making a Nazi-hunting TV series and it has been picked up by Amazon.

The series follows a group of Nazi hunters who are tracking down war criminals in New York City in 1977. While they are stalking the Nazis they discover a much more frightening and far-reaching cabal. The hateful group is scheming to create a Fourth Reich in the U.S. and the Nazi hunters must attempt to thwart the plan.

Amazon Studios purchased Peele’s 10-episode series titled The Hunt. Peele will executive produce the series that was created by David Weil. “When David Weil first shared The Hunt with me, I immediately knew that we had to be involved,” Peele said in a statement. “It’s cathartic. It’s noir. It’s frighteningly relevant. It’s exactly what I want to see on television. I am thrilled to be working with Amazon in bringing this incredible vision to the world.”

Amazon already has one Nazi-themed show with The Man in the High Castle, where it imagines what United States and the world would be like if Germany and Japan won World War II. There is no timeline for The Hunt to be released but it definitely will be an Amazon exclusive when it does.

Peele is also working on a TV series for HBO titled Lovecraft Country, which is said to be a supernatural horror story set during the Jim Crow era. Lovecraft Country will be produced by Peele’s Monkeypaw Productions and J.J. Abrams is an executive producer.