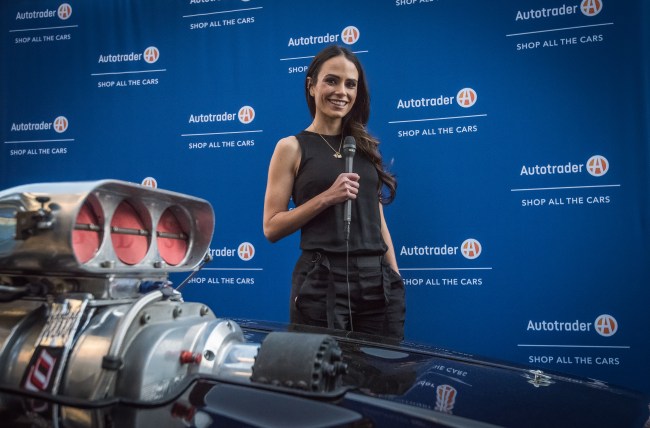 As an ’80s baby, I have no shame in claiming that Ghostbusters was my all-time favorite movie as a kid. I dressed up in the trademark Who-Ya-Gonna-Call tan jumpsuits with a plasma blaster backpack two Halloweens in a row. I memorized Dr. Peter Venkman lines. I had Ghosterbuster toys galore, including replicas of the iconic lower Manhattan firehouse and the Ghostmobile.

In adulthood, living in New York City after college, I thought about Ghostbusters a lot. As a kid, the film was my first real showcase of the city. A cinematic map, if you will, along with other great New York City movies of the era — Home Alone II, Teenage Mutant Ninja Turtles, Mario Brothers… Heck — Dinosaurs In New York. I couldn’t walk past 55 Central Park West — the landmark Ghostbusters building — without looking up and thinking about the squad defeating the Marshmallow Man and Gozer on the roof of the building. The end-scene is pure magic: The Ghostbusters hit the streets to a thunderous ovation from gawking New Yorkers and Egor yells “I LOVE THIS TOWN!” 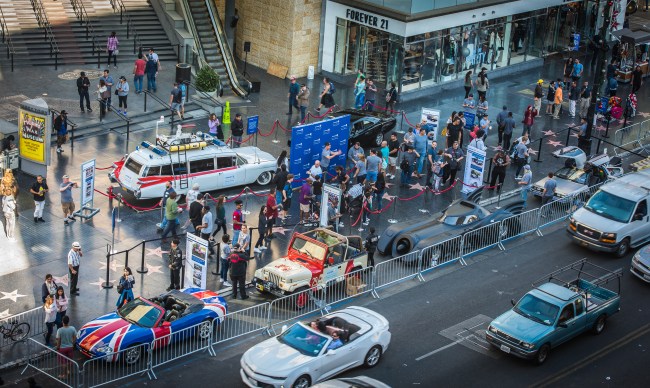 It’s one of those moments that sends a joyous chill down your spine as a New Yorker.

Which brings us back to the Ghostmobile. Movies romanticize incredible automobiles by making these pieces of machinery larger-than-life characters. Just say “Ghostmobile” and tell me you don’t start thinking about the unforgettable “ERRRR—AWWWWWW—ERRRRR–AWWWW” scream from its siren and flashy LED sign. Like the Millennium Falcon and Delorean, it’s a critical character to the movie itself. 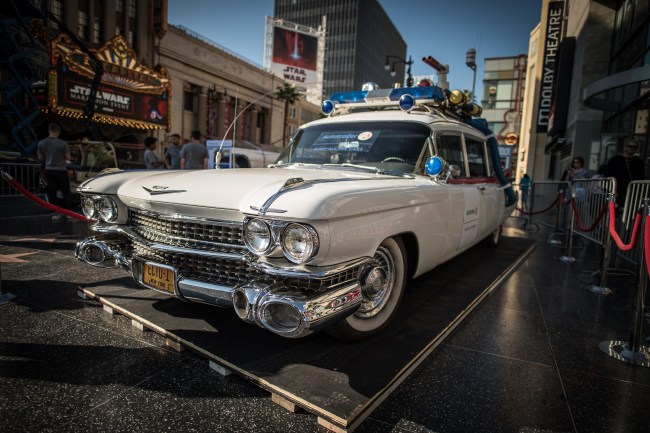 This past December, Autotrader rounded up some of the most beloved movie cars of all time and put them smack dab in the middle of Hollywood Boulevard. The collection of cars on display will make any millennial’s #TBT-loving heart sing: The Jurassic Park Jeep, the Batmobile, the Delorean from Back To The Future, the Ghostmobile, the Shaguar from Austin Powers, and the Challenger from Fast and the Furious.  The stunt on Hollywood Boulevard was to draw awareness to Autotrader’s new interactive feature where car-shoppers can seek out real used cars similar to their favorite movie whips. 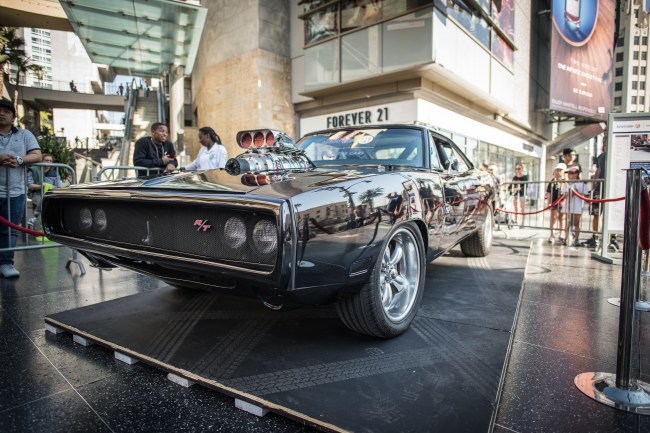 Can you say “we don’t need roads where we’re going?”

In a move that’s pure Tinseltown, Autotrader invited Jordana Brewster  — of Fast And The Furious fame — swing by. We threw on Instagram Live to ask her about her all-time favorite movie cars.

The answer probably won’t shock you, but we can’t say we blame her. 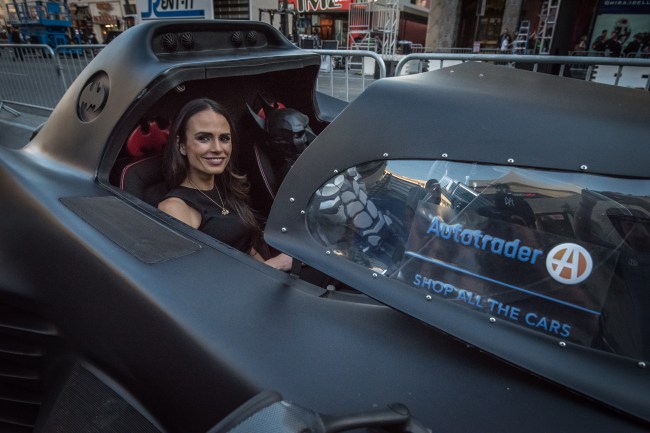 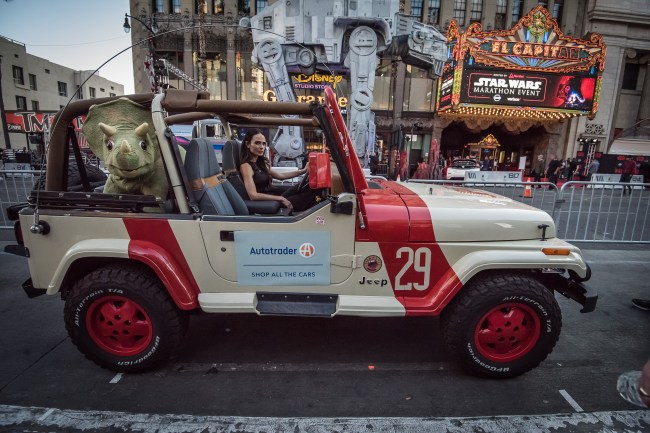