The Actor Who Played Salami Sam In ‘Heavyweights’ Has Passed Away 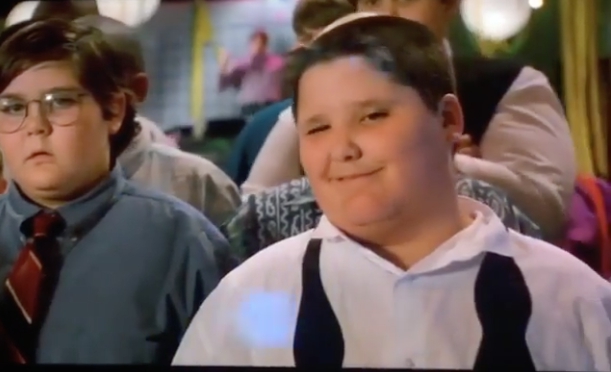 Those who know me know that my entire personality is made up in the following breakdown: 60% hiding deep emotional issues with superficial dick jokes, 20% quoting the movie Heavyweights, 10% fueled by substances and narcotics, and 5% being befuddled by math.

So, a big part of me was lost on Tuesday when I heard the news that Heavyweights actor Joseph Wayne Miller aka Salami Sam has passed away at the age of 36.

According to TMZ, Miller’s mother, Patricia, claims her son died in his sleep Tuesday in Chicago and was found by his girlfriend. Although the cause of death has not yet been released, his mother revealed her son suffered from sleep apnea, a potentially fatal sleep disorder in which breathing repeatedly stops and starts.

“When we made Heavyweights being around Joe Miller was pure joy. We could not have loved spending time with him more. He made everyone around him so happy. What a terrible loss.”

“Joe always brought the fun to the set. He was one of those people you always wanted to be around. So sad. So young. Rest In Peace Joe.”

Schwartz then posted the below clip:

Rest in Peace, bud. Thanks for the laughs.