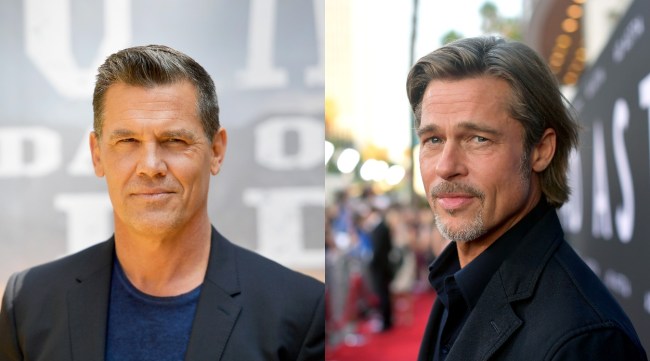 Josh Brolin is set to star in Outer Range, an upcoming Amazon western drama that will be produced by Brad Pitt’s Plan B Entertainment company.

According to the exclusive report from The Wrap, the series is a part of the overall deal that Plan B Entertainment signed with Amazon Studios earlier this year in January. Both Pitt and Brolin are set to serve as executive producers, with Zev Borow (Lethal Weapon) and Heather Rae (Frozen River) also serving as producers on the series.

Written and created by playwright Brian Watkins, Outer Range follows a rancher who discovers “an unfathomable mystery” on his land.

Pitt, fresh off of winning an Academy Award for Best Supporting Actor for his performance as Cliff Booth in Once Upon A Time In Hollywood, is not set to appear in any films in 2020. However, he is attached as a producer to four movies being released this year: Kajillionaire, Minari, Irresistible, and Blonde.

As for Brolin, he has two major films coming up, including this summer’s massive blockbuster Dune, which is directed by Denis Villeneuve and also stars Timothée Chalamet, Rebecca Ferguson, Oscar Isaac, Josh Brolin, Dave Bautista, Zendaya, David Dastmalchian, Jason Momoa, Javier Bardem, and Stellan Skarsgård. Additionally, he is set to star in Flag Day alongside Sean Penn and Miles Teller.

At this time, it is unclear when production on Outer Range will begin and who will start alongside Brolin. Additionally, the series has yet to be given an official release date.