Julia Louis Dreyfus Is Absolutely Down To Make More ‘Veep’ 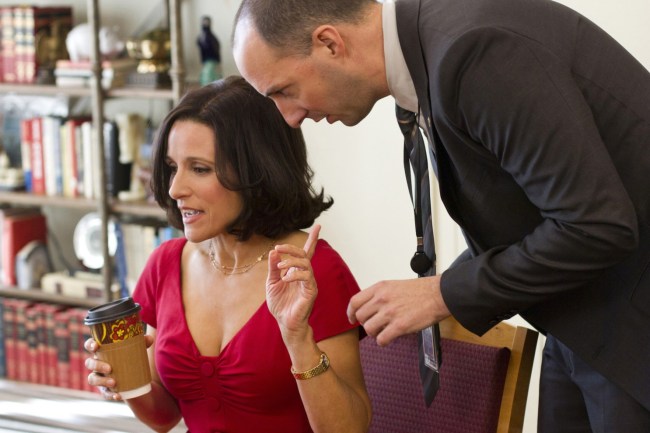 In need of a new comedy to watch and with the 2020 election around the corner, I fired up Veep for the first time last summer, crushing the entire seven-season series in about a month. Six weeks tops. The show is simply a barrage of hilarity, largely thanks to Julia Louis-Dreyfus’ historic portrayal of Selina Meyer, which earned her six consecutive Emmy Awards for Outstanding Lead Actress in a Comedy Series from 2012 to 2017. I kid you not, it literally also includes one of the funniest punchlines I’ve ever heard on television. Ever. When I say this joke almost killed me, I mean it somewhat literally: I was gasping for air.

This joke in Veep almost killed me. pic.twitter.com/8QEovRb8zx

Despite the fact that Veep only went off the air about two years ago (its “series” finale aired on May 12, 2019), the series is so beloved that its singular star is already being asked about a potential return.

In a recent interview with Variety, Louis-Dreyfus revealed how much she misses playing the egomaniacal Selina Meyer and that she’d consider it a “joy” to return to the role:

When asked about potentially revisiting past roles, Louis-Dreyfus says, “You know who I miss? I miss playing Selina Meyer.” Yes, it’s the loss of the “actors, writers, crew — everybody,” she says about the HBO comedy that wrapped in 2019 after seven seasons. But mostly, she misses how “exciting” it was to be Selina. “Playing that character, who was so out of her fucking mind, and so undeveloped; it was just freeing! Everything was about her ego, with not a care in the world for another human being.”

The series finale of Veep ended in the future at Selina’s funeral years. But there are certainly decades in between to mine, should she want to get the gang back together. Might she?

“Yes! It would give me enormous joy to do more Veep,” Louis-Dreyfus says. “And who knows, maybe we will one day.” [via Variety]

Given how ahead of its time Veep was, it’s only fair that it gets a chance to make fun of the real world now that it’s finally caught up.

All seven seasons of ‘Veep’ are currently available to stream on HBO Max.

Finished VEEP. @OfficialJLD is a Top 5 funniest person of my lifetime. pic.twitter.com/DnXqLTxuZI