Julianne Hough Said Leonardo DiCaprio Is Not ‘Good In Bed,’ Her Niece Claims 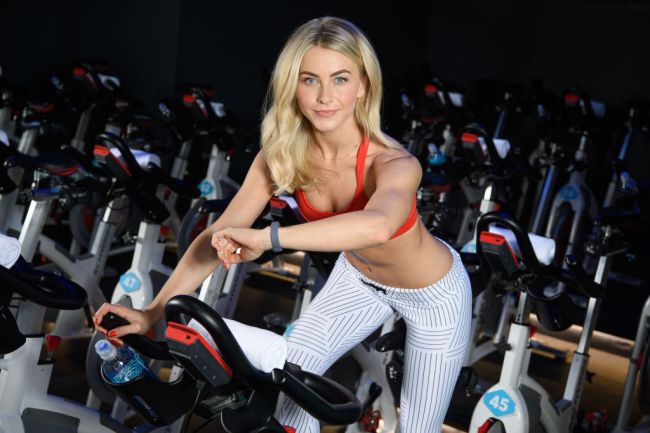 Leonardo DiCaprio is known for his long list of alleged sexual encounters with beautiful women. The Hollywood actor has had relationships with a number of celebrities, but one that allegedly flew under the radar was with Julianne Hough, according to her niece. And a possible reason why the celebrity relationship fizzled may have been DiCaprio’s skills in bed, at least the niece claims.

“My aunt has slept with Leonardo DiCaprio,” Julianne Hough’s teen niece named “Star” claimed on a since-deleted TikTok video, according to a report from Page Six. “Apparently, he’s not good in bed, though.”

Hough’s niece asserts that she is “not lying,” and told her viewers that they “can look it up.”

Hough, 32, and DiCaprio, 46, have never publicly admitted that there was a relationship. However, a Star magazine article from 2013 noted that the two celebs were spotted getting “cozy” at Coachella.

RELATED: Viral Chart Shows How Leonardo DiCaprio Refuses To Date A Woman Over 25

While Julianne, 32, and DiCaprio, 46, have never publicly confirmed they hooked up, a 2013 Star magazine article claims the famous pair were once spotted getting “cozy” at Coachella.

“They flirted up a storm,” an insider allegedly told the gossip publication. “They were putting their hands all over each other. At one point he whispered something in her ear and gave her a quick kiss on the cheek.”

“They were so into each other, they ignored everyone else around them,” the unconfirmed report added.

DiCaprio definitely has a specific type of girl that he likes to date and Hough definitely fits the bill.

Leonardo DiCaprio was is infamously a member of the “Pussy Posse,” a group of young up-and-coming stars of the 1990s, including Tobey Maguire, Lukas Haas, and Kevin Connolly. The upstart Hollywood actors allegedly had a competition on who could bed the most women. Apparently, practice didn’t make perfect.

Representatives for Hough and DiCaprio did not immediately return Page Six’s request for comment.