The Newest Trailer For The ‘Jumanji’ Sequel Just Dropped 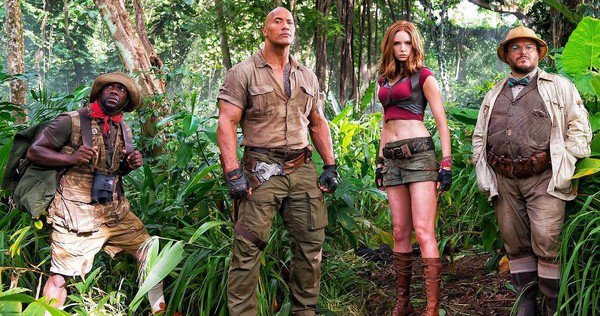 A couple of months ago, we got our first look at the much-anticipated Jumanji sequel starring Dwayne “The Rock” Johnson and an impressive supporting cast— including Kevin Hart, Jack Black, and Karen Gillan. When it was revealed the board game from the first movie was being replaced by a video game cartridge, it became clear that the new film would be a bit of a departure from the original.

The only question was how much of a departure it would be. Based on the most recent trailer, it appears fans hoping Jumanji: Welcome to the Jungle would follow in the footsteps of the 90s classic might have to readjust their expectations.

I don’t want to say it looks bad, but it’s definitely a huge change of pace compared to the original Jumanji. Robin Williams and the rest of the squad had to deal with their fair share of genuine scares in the old movie, but if this trailer is any indication, the new one will have more of a focus on cheap thrills and wacky hijinks.

I guess we’ll find out whether or not it’s worth the wait when it comes out on December 20th.