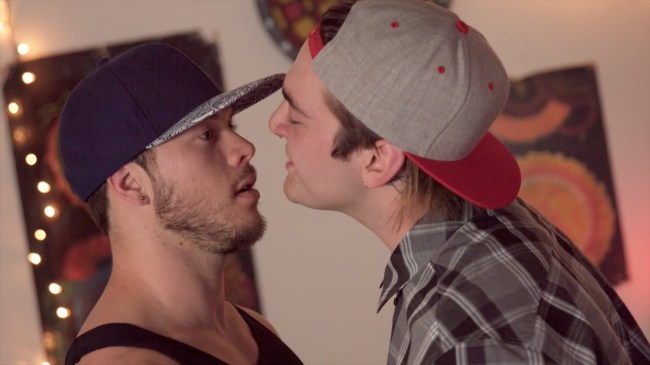 At the risk of being mercilessly judged, I was in a sketch and improv group back in college and my crew had a friendly rivalry with a couple of the other troupes on campus—one of which could boast Amy Poehler as an alumnus and did so at every waking opportunity.

While I abandoned the improv scene after taking a class at UCB and realizing it was comedy’s version of Scientology, a few of the people I knew continued to pursue the discipline and one of them even managed to land a spot on a Netflix show.

The show in question was American Vandal, and while I initially tuned in out of obligation, I devoured the first season thanks in no small part to Jimmy Tatro, who played loveable dumbass and alleged dick drawer Danny Maxwell.

Tatro got his start making videos on YouTube, and after American Vandal ended far sooner than it should have, he turned his attention to a new project in the form of Real Bros of Simi Valley, which documents the trials and tribulations of, well, bros in Simi Valley.

Tatro created the series with longtime collaborator Christian Pierce, and now, the two of them are teaming up for the tentatively-titled Junior High, where they’ll take on the roles of middle schoolers trying to answer puberty’s most important questions.

The series is slated to hit Quibi at some point in the near future—the same platform that will host a remake of Varsity Blues as well as a rebooted version of Punk’d.