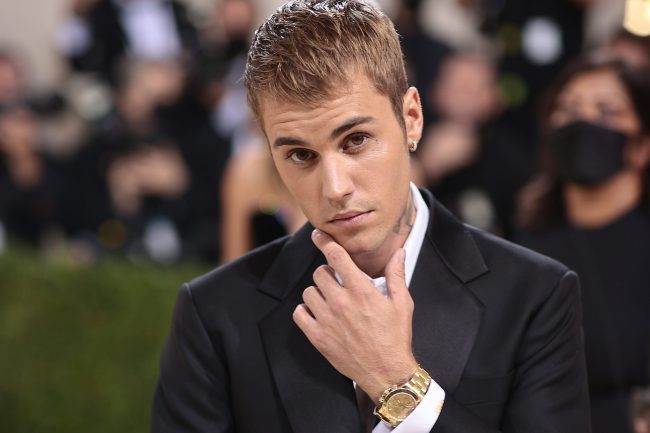 Justin Bieber posted a video to Instagram of him and Kid Laroi pranking Charlie Puth over FaceTime.

The video starts out with Kid Laroi saying, “I’m here with Justin he wants to say what’s up real quick.” Kid Laroi then gives Justin the phone and says what’s up to Charlie, and Charlie happily says gets on the call and says what up.

Justin and Charlie exchange pleasantries, asking each other how they’re doing. All was going well in the call until Justin cuts in and says, “We never really got to talk about years ago when you said ‘F–k you’ on stage to me.”

justin bieber beliebers
dragged charlie reaction when
after he shading him they see it pic.twitter.com/YkUERZESNY

At this point, the video is positioned right on Charlie to get his reaction. Charlie is visibly confused, and he masks the awkwardness of the moment by laughing. Justin dryly responds back, “I don’t think it’s very funny to be honest.”

Here’s how the rest of the main dialogue broke down.

“What, you’re talking about that s–t that happened six years ago?” says Charlie.

“It was a joke. Bro you can’t be serious that video wasn’t real. That was a thing that got completely blown out of proportion.”

Justin Bieber and Kid Laroi decide to confront Charlie Puth for saying “F*ck you” on stage to Justin years ago. 😂 pic.twitter.com/QzcVQ4hkhN

At this point the video pans to Kid Laroi, who’s visibly trying not to laugh—which ultimately gives away the video is a prank and not anything serious.

“Well do you mind explaining just what it was about?” says Justin.

Seconds go by before Charlie responds, “Bro I was being facetious. I was being completely sarcastic. I also can’t tell if you’re joking right now.

What’s hilarious is Charlie starts physically moving around more and repositioning his phone while Justin is sitting in the same position and being stone-cold silent.

Justin delivers the final blow before breaking the character, “Well, I don’t appreciate it.” The entire room erupts with laughter and you can tell Charlie is relieved.

Back in 2016, Charlie was working with Selena and was good friends with her. Their song, “We Don’t Talk Anymore” climbed as high as number 9 on the US Billboard Hot 100.

In all the break-up drama between Justin and Selena, it seemed as if Charlie was on Team Selena.

Then during a concert, Charlie makes a very public statement to Justin as he’s in between changing songs by saying, “F–k you Justin Bieber.” The crowd cheers with screams after Charlie says it and Charlie transitions into playing “We Don’t Talk Anymore.”

It’s worth noting all the entertainment outlets were analyzing this concert video back when it first was uploaded.

Whether Charlie meant it or not back then doesn’t seem to matter now. For Justin, it’s all water under the bridge—especially after he got his revenge.

The three are all pretty good friends these days. It’s worth noting they all three collaborated on “Stay” which spent several weeks as number 1 on the Billboard Global 200 chart. Charlie helped produced the track that would eventually be performed by Justin and Kid Laroi.

Shout out to Kid Laroi for setting up this hilarious interaction.