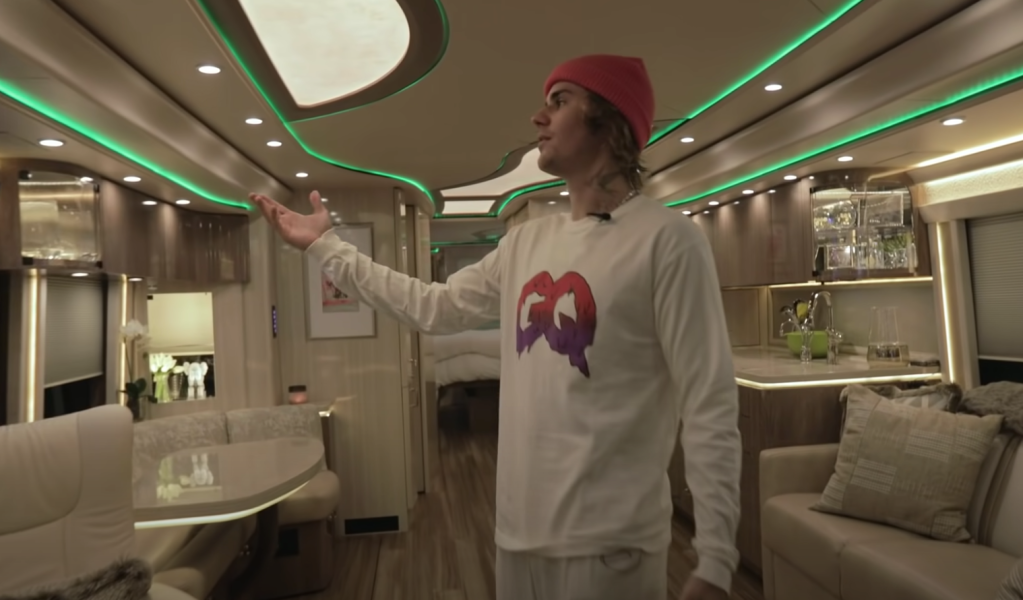 The best things in life are not free. Whoever first said that hadn’t seen Justin Bieber’s tour bus. Love is allegedly free. It’s not. Maintaining a relationship is expensive as hell. Growing a family in the United States costs an asinine amount of money. I know, I’ve got a 2-year-old son at daycare right now.

Justin Bieber‘s estimated net worth is in the realm of $285-$290 million and it’s believed that he makes around $80 million a year from tours and ticket sales, sponsorships, merchandising, streaming, investments, and everything else you’d imagine. The dude is RICH rich and he’s got a preposterously nice tour bus to go along with his embarrassment of riches.

Mr. Bieber showed up on the GQ YouTube channel to give a tour of his tour bus. Qualitatively, it’s about 100x nicer than my tiny old NYC apartment. The only thing holding back this bus from being a full-fledged home is the fact that it’s a bus and limited by space. Beyond space, it has every amenity imaginable and I’m sitting here seething with jealousy. Check it out:

Like most artists, Justin will be on tour for the foreseeable future. He’s got a 45 date “world tour” that begins in June and they’re calling it a “world tour” because of three concerts in his native Canada. These are all makeup dates from a tour that was postponed in 2020 like every other tour on the planet.

He’ll be crisscrossing North America in that sick bus from June 2nd to August 15th and for a guy who is worth over a quarter-billion dollars to be trapped in a bus for that long is HAS TO BE fancy as hell, doesn’t it?

He’ll likely be spending many nights in a Ritz-Carlton or Four Seasons but the bus will be his primary transport between cities and where he’s chilling out before/after shows.