Magician Pranks A Guy Into Thinking He’s Invisible In Front Of A Crowd, Guy Loses It 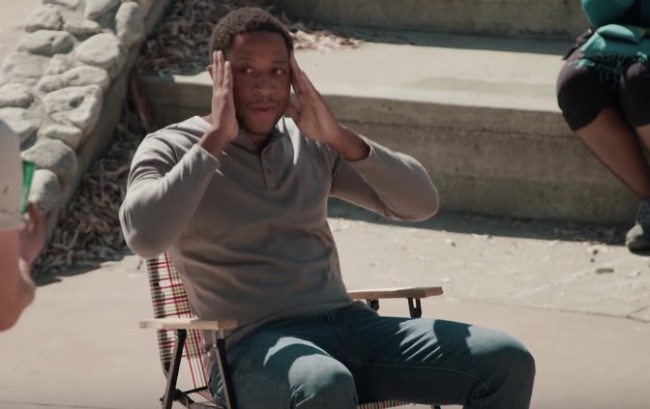 Over the weekend, I binged watched Season 1 of Magic For Humans with Justin Willman on Netflix and it was unexpectedly spectacular.

I’m not a diehard magician fan. I couldn’t name more than a handful active magic acts on the planet right now: David Blaine, Penn and Teller, David Copperfield, and now Justin Willman from his Netflix series.

It’s not entirely clear how you’d define the premise of ‘Magic For Humans’. Magician Justin Willman does some street performances for women named Susan in a bit he calls ‘Magic For Susans’ which turned out to be one of the sneaky best parts of the show.

There was another street act where he did ‘trick questions’. He’d perform an outrageous trick and then hit the person with a trick question which they were almost always too stunned to answer.

But he’d do these larger tricks where he’d really set them up and execute perfectly. In one episode he went to a artificial intelligence robotics from in California and got them to teach the robot magic so he could square off in a magic battle against the robot. In another instance, he participated in a psychological study on Patience with children where he’d perform tricks in between the adults/scientists coming into the room and blow the kids’ minds.

I have to say that throughout the season the trick that blew my mind the most wasn’t even really that much of a magic trick as much as it was a prank. He did perform some magic at the beginning and appear to make someone disappear but that was all in an effort to convince someone else they were invisible.

Here, Justin Willman works with the crowd to convince a man he’s invisible. The crowd gets coached on how to act with the guy who legitimately thinks he’s disappeared. It’s amazing. The dude starts crawling around trying to steal wine.

There are six episodes in Magic For Humans and it’s on Netflix now.

I highly suggest giving it a shot even if magic isn’t necessarily your thing because it’s super easy binge-watching and Justin Willman has a knack for making all of his tricks very approachable.

If anything, you’ll learn a little bit about the lengths magicians go to in order to alter your sense of reality to pull off a trick, and you’ll get to see a bunch of ladies (and one dog) named Susan have their minds blown on the street.