FDA To Ban Juul E-Cigarettes As Soon As Today: Report 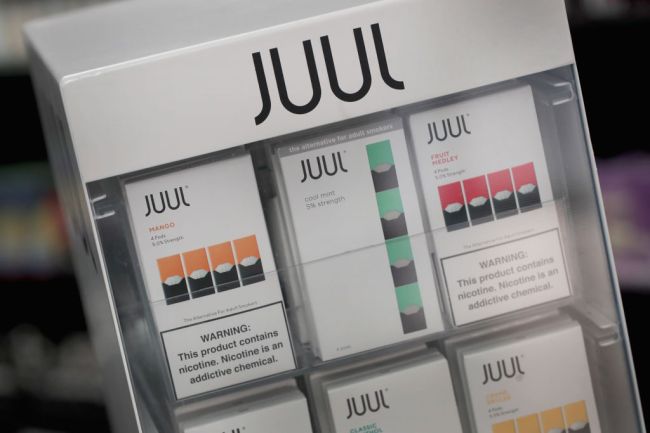 The U.S. Food and Drug Administration is set to ban Juul e-cigarettes as soon as today, according to a report published on Wednesday from the Wall Street Journal.

Citing people familiar with the matter, the WSJ reported that the FDA would take Juul Labs Inc.’s e-cigarettes off the market as early as Wednesday.

The FDA previously accused Juul of undertaking predatory marketing tactics that may have influenced children and teens. In 2019, Juul attempted to appease the FDA by pulling its e-cigs with fruity and sweet flavors – but kept its menthol and tobacco nicotine pods on the market. However, the FDA has reportedly decided to ban Juul products following a two-year review.

Juul has touted its products as a healthier alternative to traditional cigarettes.

Jull captured 75% of the e-cigarette market by 2018, and at the time the company was valued at $15 billion. By December 2018, Juul Labs Inc. had a value of $38 billion after the Altria Group Inc. – previously known as Philip Morris Companies Inc., one of the world’s largest cigarette manufacturers – took a 35% stake in the company.

However, the e-cig manufacturer lost much of its zip after lawsuits and negative reports about the potential dangers of vaping and combustible e-cigarettes surfaced.