Why So Serie A? BroBible’s Serie A Weekend Preview – Juventus vs Fiorentina 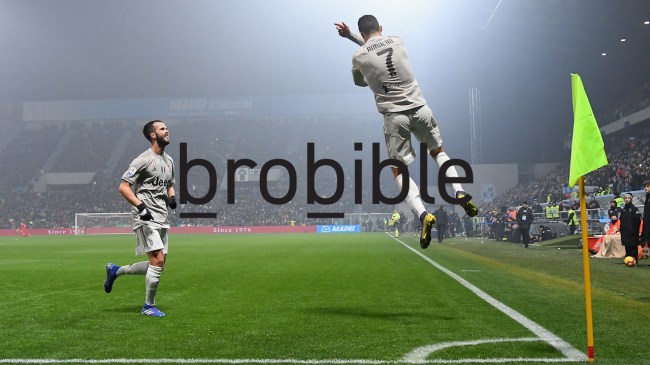 This weekend’s premier matchup features eight-time Serie A defending champions Juventus heading south to take on ACF Fiorentina, which will be airing exclusively on ESPN+ in the states.

After narrowly avoiding relegation last season by just three points, Fiorentina finds themselves back in a precarious position in the early season precedings, as they currently sit 16th in the Serie A table after losing both of their first two games.

Fiorentina struggles are curious, as they certainly feature one of the more talented attacking sides in Serie A, as they boast one of the league’s most exciting wide players in future star Federico Chiesa.

In addition to Chiesa, Fiorentina also have former Milan and Ghana striker Kevin-Prince Boateng and Bayern Munich legend Franck Ribéry, who signed with the club in the offseason, at their disposal.

But will that attacking talent be enough to snag a point or three from Juventus, who have won Serie A for an astounding eight straight seasons? On most weekends, no. But on a weekend prior to the first Champions League matchday of the season, yeah, maybe.

Juventus has a massive Champions League game just days later against Atletico Madrid, who they knocked out of last season’s tournament with a thrilling 3-2 aggregate victory.

Make no mistake about it, while Juventus will obviously be gunning to win Serie A for a ninth straight time, their primary target this season is winning the Champions League, as they brought in a ton of talent to help spur the Cristiano Ronaldo-led squad forward, including the likes of Aaron Ramsey, Adrien Rabiot, Danilo, Matthijs de Ligt, and Gigi Buffon.

So, that said, given the importance that Juve will be placing on the Champions League this season, it’s likely some of their biggest stars never see the pitch on Saturday in Florence.

With the combination of Fioertina’s desperation to pick up their first points of the season in front of their home crowd and Juventus possibly resting some starters ahead of Wednesday’s crucial Champions League match, we think that the Franck Ribéry-led Florence side has enough going for them to steal a point at home against the Old Lady of Juve.