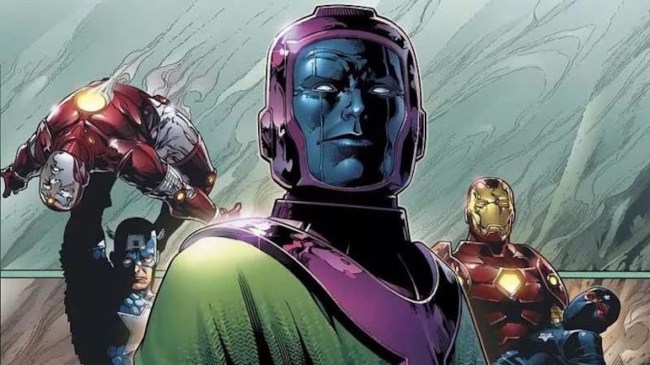 The second that Robert Downey Jr’s Iron Man snapped his fingers to set the universe free from Thanos’ sociopathic tyranny in Avengers: Endgame, a decade’s worth of storytelling came to a close, as this moment marked the true end of the 10-years-long Infinity Saga.

But as the saying goes, when one door closes, another opens, especially when it comes to the sprawling universe of the MCU. And according to one mind-blowing Reddit fan theory, that new and increasingly evil door may have actually been accidentally opened in Avengers: Endgame due to all the time-traveling hijinx.

Kang the Conqueror is the Phase 5 villain.

After the attack to the Avengers compound in Endgame, Tony says `You mess with time, it tends to mess back`.

I think this quote might have a bigger meaning. We know that after Thanos, a bigger threat will appear in the MCU. Galactus and Doctor Doom are suitable candidates for this. But after the time travel issue in Endgame the actions of our heroes in space and time continuum, might attract attention of a villain about time itself: Kang the Conqueror.

Newton’s third law suggests: For every action, there is an equal and opposite reaction. Storytelling-wise this reaction might be Kang who is a new threat which can be surfaced because of time travel events in Endgame.

I think it would be logical for Kang to be Phase 5 villain so there would be enough time and build-up for Galactus to be villain of Phase 6.

Kang the Conqueror is also a Fantastic Four villain and after Disney/FOX merger we might expect him showing up as a small introductory cameo in next Fantastic Four movie. (Probably in 2022?) [via r/FanTheories]

Kang the Conqueror, also known as Nathaniel Richards, is a time-traveling supervillain that first debuted in Marvel Comics back in 1964.

While Kang has no superpowers, his threat comes from his genius mastery of physics, which allows him to travel through time and have access to 40th-century technology. Due to this future technology, Kang wears a highly advanced battle armor that enhances his strength and makes him capable of energy, hologram, and force-field projection.

The next “big bad” in the Marvel Cinematic Universe has been a topic of discussion amongst fans ever since the events of Avengers: Endgame, as the death of Thanos left a massive void in the MCU when it comes to a common enemy.

Since Thanos’ death, a handful of names have been tossed around as potential candidates for being the Marvel Cinematic Universe’s next main villain, such as Galactus, Doctor Doom, and Norman Osborne.

However, given the increasingly cosmic nature of the MCU, it only seems natural that Marvel Studios would make the next big bad someone who operates at that level, as opposed to a more earth-bound threat such as Norman Osborne.