Kanye West Has Reportedly Already Dropped Out Of 2020 Presidential Race 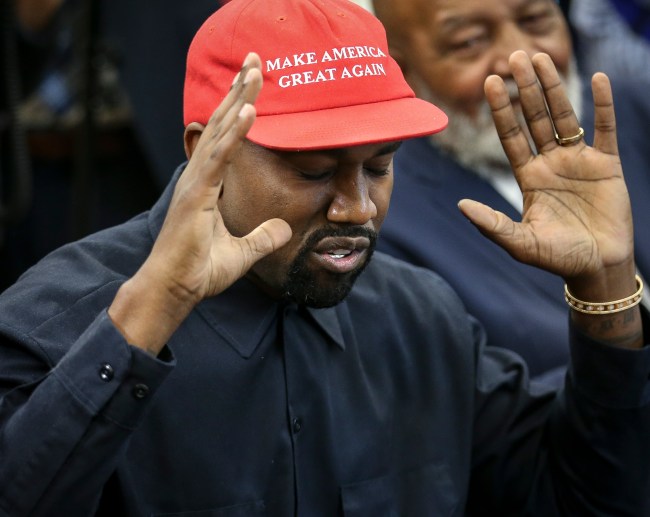 On the 4th of July the controversial rapper announced to the world that he was going to run for President of the United States this November.

We must now realize the promise of America by trusting God, unifying our vision and building our future. I am running for president of the United States 🇺🇸! #2020VISION

He even went as far to ask people to register to vote in a separate video.

Unfortunately for Kanye it was already too late for him to run in several states after he made the announcement. Over the weekend, Kanye and his team apparently tried to get his name added to the ballot in Florida and South Carolina by getting signatures before the July 15th deadline but was unsuccessful in doing so and has called off his campaign.

Kanye West briefly took steps last week toward getting his name on the ballot in Florida and other states as a third-party candidate. @Bencjacobs reports https://t.co/i9DGTnrQZa

“He’s out,” said Steve Kramer, a voting specialist hired by Ye. “I’ll let you know what I know once I get all our stuff canceled. We had over 180 people out there today … I have nothing good or bad to say about Kanye. Everyone has their personal decision about why they make decisions. Running for president has to be one of the hardest things for someone to actually contemplate at that level.”

We’ll see if Kanye decides to run in 2024 but for now, it looks his dreams to become President in 2020 are over.