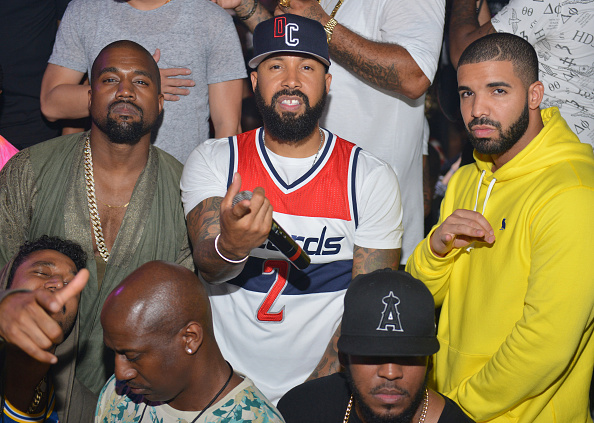 Back in October Drake went on LeBron James’ HBO show “The Shop” to claim that Kanye West leaked info about his hidden son to Pusha T which the Virginia rapper later went on to use in a diss record against Drake.

So I played him my music and I told him when I was dropping. I was 60 percent done with Scorpion. He told me he was just working on some beats and he wasn’t dropping until October. While I was in Wyoming I played him March 14th and even sent him a picture of my son, I tell him I’m having trouble with my son’s mother.

Today, Drake apparently asked to clear a sample from Kanye, and Ye went off on his old friend on Twitter.

It’s all love bro bro but don’t play with me. You stay too close to be playing all these industry games bro

Kanye claims that Drake eventually called but that he still didn’t clear the record for him.

By the way… not cleared😂

Update: Drake reacted to Kanye calling him out Twitter in his IG story.