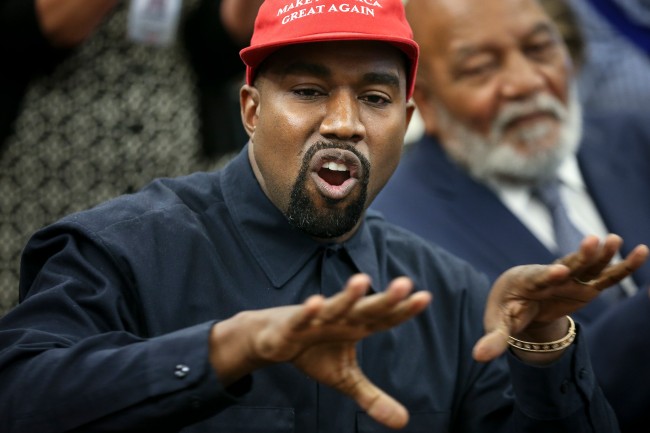 It seems like the Kanye West Presidential run is still on.

On Sunday afternoon, Kanye held a campaign rally in front of a small crowd in South Carolina to relay his stance on several issues for the upcoming election.

Things quickly went awry when the Chicago based rapper took a bizarre stance against political abolitionist Harriet Tubman that stunned the crowd in attendance.

Kanye West at his “campaign rally” in South Carolina: “Harriet Tubman never actually freed the slaves, she just had them work for other white people.”

Loud groans from the audience, “come on man” can be heard pic.twitter.com/Q9g92UvZ27

The rapper cried moments later when talking about his father wanting to abort him.

Kanye West crying on stage at his campaign event in South Carolina pic.twitter.com/GsHAnZQG1c

Kanye: "Well Harriet Tubman never actually freed the slaves, she just had the slaves go work for other white people."@toekneerlynos: "Yo we leaving right now." 😂😂pic.twitter.com/sj3EfAxsmn

He would then go on to suggest the government should give people a million dollars every time they have babies.

Kanye "Everybody who has a baby should get a million dollars"…crowd laughs in his face pic.twitter.com/WkXacl9vY0

If you think I smoke some crazy sht, wait until you see whatever Kanye was smoking when he said Harriet Tubman never freed any slaves.

I have never seen someone as dumb as Kanye West https://t.co/kbnuvAdGdP

I am going to give away all my yeezys — I can’t be seen supporting this stupidity in any way. #Kanye https://t.co/XsIr68A5wu

Why TF is he bringing her up anyway is he running against her lmao Come on Ye 😂😂😂 https://t.co/oz8gljTg5q