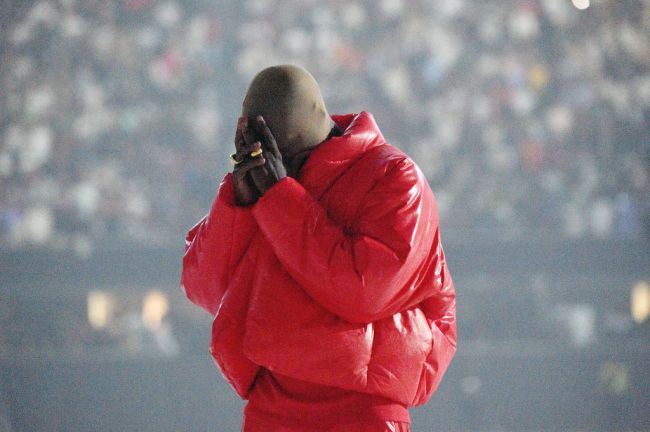 Earlier this week, I’d identified the rise of smartphones and social media as the definitive turning point of our society. There was life before smartphones and life after. Like Before Christ and After Death, but for modern society.

Similarly, another societal nexus event can be traced back through Kanye West’s discography. You see, there’s Before Yeezus and After Yeezus. Before Yeezus, Kanye West was undoubtedly the best rapper alive, dropping four classics back-to-back-to-back-to-back, culminating in the masterpiece My Beautiful Dark Twisted Fantasy. Combine that with College Dropout, Late Registration, and Graduation, and you have one of the best album streaks of all time, regardless of genre.

After Yeezus, though, has been a far different story, as Kanye’s music has not only gotten worse with each passing album but so has his persona and the quality of his mental state. Can you name one song off of Ye and Jesus Is King?

That unfortunate slide into insanity appears to be continuing with the release of Donda, as Kanye — who held a listening party for the album on July 22 only to subsequently not release it (again) — is apparently living at the Mercedes-Benz Stadium until he finishes the album. The dude is literally walking around Atlanta like a ghost. The Phantom of the Football Stadium type shit.

He even popped up at an Atlanta United game over the weekend to… I don’t know?  Silently float around in his life-vest jacket and his pantyhose mask whilst observing the behavior of other humans as he attempts to become a part of our species?

The stadium itself has (wisely) hopped aboard the free PR train, as they changed their Twitter name to “DONDA Studio at Mercedes-Benz Stadium”, and honestly, good for them! If Kanye is going to creep through the bowels of the venue haunting your customers, may as wall get a piece of the Attention Pie. 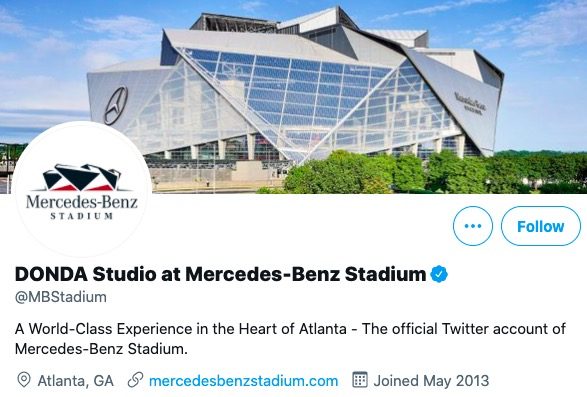