Kanye West Admits To Punching Fan, Says He Was In A Bad Mood After Seeing Pete Davidson Kiss Kim Kardashian 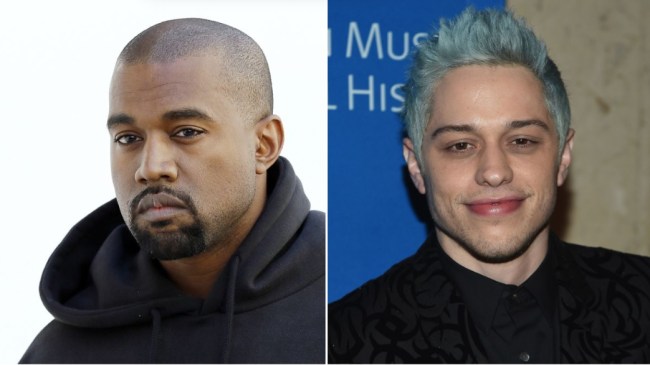 On Wednesday night, West got into a heated altercation with a fan in LA. According to the fan, Kanye punched him several times after he asked for the rapper’s autograph on the street.

Cops are investigating Kanye West for allegedly punching an autograph seeker, and TMZ has obtained this video showing the man laid out on the street as Kanye rages at people who apparently work for him.

As we’ve reported, the alleged attack went down around 3 AM in DTLA, outside the Soho Warehouse — and Ye was absolutely livid. When the video starts he’s screaming, “get away from me” at a woman who’s desperately trying to calm him down. She also says, “I am your family,” but he continued storming away in anger. We’re told the woman is Ye’s cousin.

We’re told Kanye had asked the small group of people outside the building not to take photos and said something about them not understanding what he’s going through right now. When someone replied that it’s okay, we all go through family stuff … that’s when Ye allegedly unloaded the 2 punches.

West admitted to punching the man and says that he had asked the fan to give him space because he’s dealing with a lot right now. Kanye admitted that he was in a bad mood on the night he attacked the man because of he had seen Davidson kiss his ex-wife in front of him.

In an interview with Entertainment Tonight, West, 44, said he was outside the Soho Warehouse at 3 a.m. on Thursday when a man who had been tailing him in recent days for autographs allegedly provoked him.

‘I’m saying, ”You don’t know what I’m dealing with right now,” West said, referring to footage of him snapping at the unidentified man.

‘I just finished these two songs, I came from the studio, and this dude, he just had this real attitude, like, ”What you gonna do? And see that?”

He added that he was upset at the time with estranged wife Kim Kardashian, who filed for a divorce and is now dating Pete Davidson, and at a cousin who failed to tell Kardashian that he wanted to visit one of their children at school.

‘Security ain’t gonna get in between me and my children. And my children aren’t gonna be on TikTok without my permission,’ Kanye said as he reiterated his message to Kardashian.

He also mentioned he was upset at her budding romance with Davidson.

‘How are you going to blame me for acting out and kiss the dude your dating right in front of me. Everyone’s like, ‘that’s cool,’ and I’m hearing that the new boyfriend is in the house that I can’t even go to.’

West dislikes Davidson so much that he dissed the comedian in his new song.

God saved me from that crash, just so I could beat Pete Davidson’s ass”- Kanye West on his new song “My Life Was Never Easy.”
pic.twitter.com/BRkEAA88ou