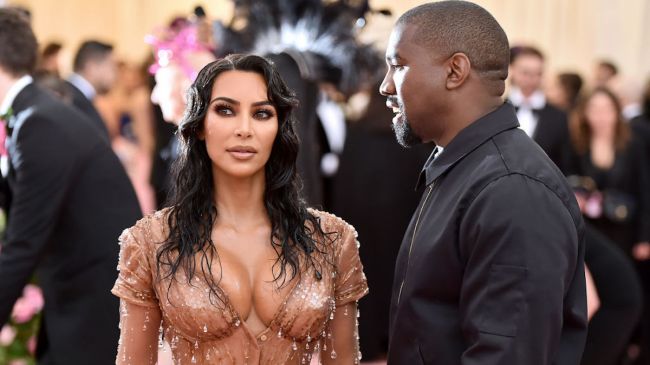 Kanye West is back doing what he does best. Making music? Nope. Designing clothes? Also nope! No, what Kanye West does best these days is… post extremely weird content on Instagram.

The latest IG posts from the troubled 44-year-old rapper appear to be a text message conversation between him and his ex-wife Kim Kardashian.

During the conversation, West tells Kardashian that she has no “say so” over where their kids go to school and that they “will not do Playboy and sex tapes.” Then, Kanye tells Kardashian to “Tell your Clinton friends to come get me… I’m here.”

In another post, Ye shared a screenshot of an Instagram story posted by model Victoria Helena. The caption reads “Don’t let Kris make you do playboy like she made Kylie and Kim do. Hollywood is a giant brothel. Pornography destroyed my family. I deal with the addiction. Instagram promotes it. Not gonna let it happen to Northy and Chicago.” [via Uproxx]

While West has unsurprisingly deleted the posts (as he so often does when it comes to his Instagram rants), screenshots of the text messages were taken and have been circulating online: 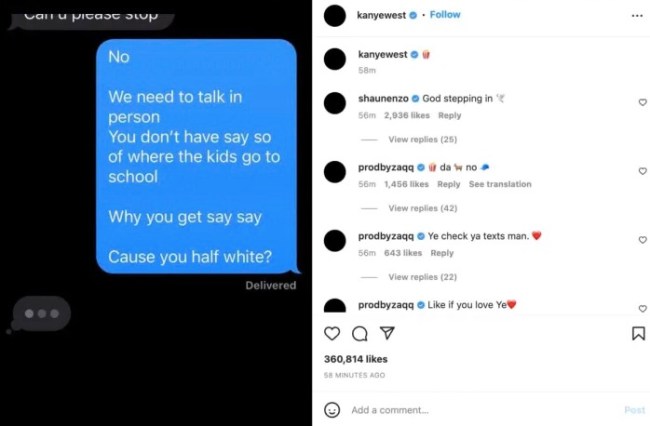 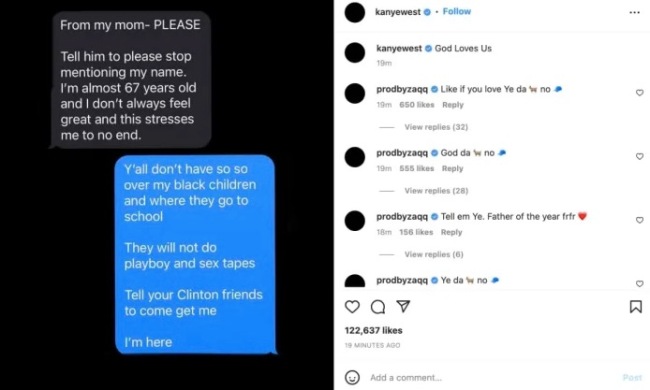 The sharing of the text messages is just the latest in a long line of bizarre if not disturbing posts on Kanye West’s social media in recent years. For the majority of 2022, for example, West used his Instagram account to take shots at Saturday Night Live comedian Pete Davidson, who was dating Kardashian for about eight months prior to their breakup earlier this summer.

Now that Kardashian is officially single again, we have a feeling that West is going to be publicly engaging with her like this quite often going forward.

RELATED – Kanye West Says He’s Inspired By Two Groups Of People: The Children And The Homeless