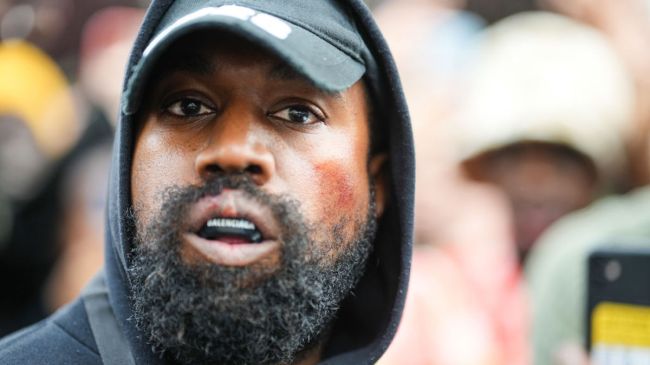 Never one to stay out of the headlines for very long, rapper and fashion designer Kanye West — not to be one-upped by his cousin in chaos Antonio Brown — debuted a YZY shirt that says “White Lives Matter” on it.

Perhaps unsurprisingly, the response on social media to Kanye’s latest fashion statement was quite spicy.

“Kanye West was on Instagram not too long ago talking about the Kardashians we’re corrupting his BLACK children… just to be wearing a White Lives Matter shirt,” said one tweet.

Kanye West was on instagram not too long ago talking about the Kardashians we’re corrupting his BLACK children… just to be wearing a White Lives Matter shirt pic.twitter.com/mesEFeDteG

Ye, who was also wearing his pair of previously-headlined diamond-studded flip-flops, was spotted in the shirt early into the livestream experience. At the time of this writing, a detailed look at the full design of the t-shirt in question had not been disclosed. However, several models in the presentation were also seen wearing variations of the same design.

During his opening remarks on Monday, Ye touched on a variety of topics, including how certain outlets focused on the delayed start time of his prior events when such delays were (in Ye’s words) merely a side effect of trying to “present the best idea.” [via Complex]

In addition to his White Lives Matter stunt at his YZY presentation, the 45-year-old father-of-four also made his runway debut as he walked for Balenciaga at their Paris Fashion Week show. Whenever West has made headlines in recent years, it’s largely been due to fashion stunts like these or his Instagram posts about his ex-wife Kim Kardashian and/or Pete Davidson, and not because of the music he was once idolized for.