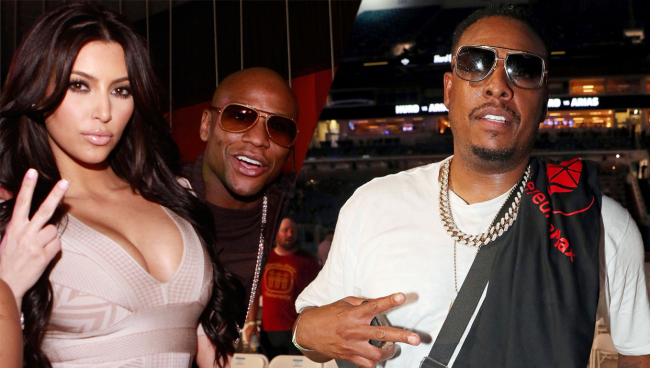 Kim Kardashian, Floyd Mayweather and Paul Pierce, along with cryptocurrency company EthereumMax, are among a new class action lawsuit which claims they benefited from artificially inflating the price of EthereumMax (EMAX) Tokens as part of a pump-and-dump scheme.

EthereumMax, which has no connection to the widely known cryptocurrency Ethereum, Kardashian, Mayweather, Pierce, and others are being sued by Ryan Huegerich for improperly promoting the cryptocurrency at high profile events such as Mayweather’s fight against Logan Paul.

EthereumMax, which launched on May 14, 2021, was promoted during that event as the official cryptocurrency for the fight. On May 26, the same day as Mayweather’s announcement, Paul Pierce promoted EthereumMax on his Twitter account.

.@espn I don’t need you. I got @ethereum_max I made more money with this crypto in the past month then I did with y’all in a year. TRUTH shall set u Free 🤪🤪 my own Bosshttps://t.co/3irnuWYve3 check it out for yourself

Less than two months later, on June 14, Kim Kardashian also promoted EthereumMax on her Instagram account which has over 279 million followers.

BREAKING NEWS
The secret to success…hard work and lots of it. @floydmayweather sharing his thoughts on his upcoming fight and cryptocurrency at the Bitcoin conference in Miami Florida today!

When “unsuspecting” investors began buying the tokens, the executives and promoters allegedly sold their own EMAX Tokens for “substantial profits.”

Huegerich purchased EMAX Tokens and allegedly suffered investment losses as a result of EthereumMax’s conduct. The executives being sued are EthereumMax’s co-founders and creators, Steve Gentileand Giovanni Perone, and Justin French, a consultant, developer and spokesman for the company.

Guys this is not legal advice but in civilized societies, you do time for scams and pyramids like this. #kardashian #EMAX #EthereumMax pic.twitter.com/ES7YKAAviR

The complaint cites a poll by Morning Consult, a data intelligence company, which indicated that up to 21% of all American adults and nearly half of all cryptocurrency owners had seen Kardashian’s EMAX Tokens ad. Further, 19% of respondents invested in EthereumMax after hearing about her ad.

The complaint maintains that all three promoters received EMAX Tokens and/or other forms of compensation for promoting EthereumMax.

Huegerich seeks all actual, general, special, incidental, statutory, punitive and consequential damages and restitution; post-judgment interest; injunctive and/or declaratory relief; and attorneys’ costs for all who join him in the class action lawsuit.

In November 2018, Mayweather along with DJ Khaled, reached a settlement of $750,000 with the Securities and Exchange Commission after not disclosing they had been paid to promote cryptocurrency firm Centra Tech, whose co-founders were indicted for fraud in May 2018.

Mayweather, as part of that settlement, was not allowed to do any endorsement or have a promotional agreement with a securities participant for three years – coincidentally ending right around the time when he began promoting EthereumMax.