Kate Beckinsale Reveals She Was Once Signed To Play Wonder Woman, Is Done With ‘Underworld’ Movies 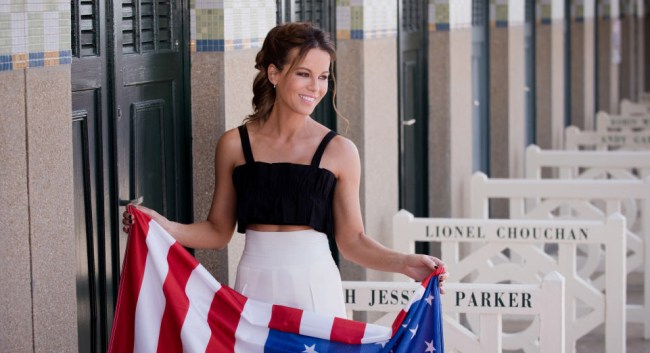 Listen, Gal Gadot has been freaking awesome as Wonder Woman. She’s literally the best thing to happen to the floundering DC cinematic universe since Christian Bale played Batman. But, man, what I would have given to see Kate Beckinsale in the role. Which is exactly what came close to actually happening, according to Beckinsale in a new interview with Variety.

While the interview with Beckinsale was ostensibly about her upcoming role in the film Farming, the feature directorial debut of Adewale Akinnuoye-Agbaje, the subjects of her near-appearance as Princess Diana of Themyscira as well as the future of the Underworld series both came up.

When Beckinsale was asked if she was game to make another Underworld movie (she’s starred in four of the five films in the series playing Selene), her response was pretty succint.

“I wouldn’t return. I’ve done plenty of those,” she answered.

Another bummer was when she was asked if it was true that at one point she was set to play Wonder Woman.

“Yes, there was a period of time, a long time ago, when [producer] Joel Silver was involved with it,” she responded. “But it worked out beautifully. That was a wonderful film that Gal [Gadot] did.”

As for whether she has any regrets about not getting to play the character, she answered, “No. It would have been a terrible movie based on the script that I read.”

Interesting. But it couldn’t have been any worse than another Wonder Woman project that we were also pretty psyched about awhile back: Adrianna Palicki playing Diana Prince in a TV series for NBC.

That show went from an announcement that they had ordered a pilot on January 21, 2011 to being completely scrapped on May 12, 2011.

“I was devastated when the pilot didn’t go,” Palicki told The Hollywood Reporter in 2017. “But I also look at it, like, I got paid to wear that costume. And that is one of the coolest moments of my life running down Hollywood Boulevard. Like, that was so cool. And I was — how lucky am I? And you know, everything for a reason. It led me here. You know what I mean? So as dark as those moments were back in the day, I’m happy and so glad that somebody else gets to wear that costume. I’m so glad that [Gadot is] rocking it.”