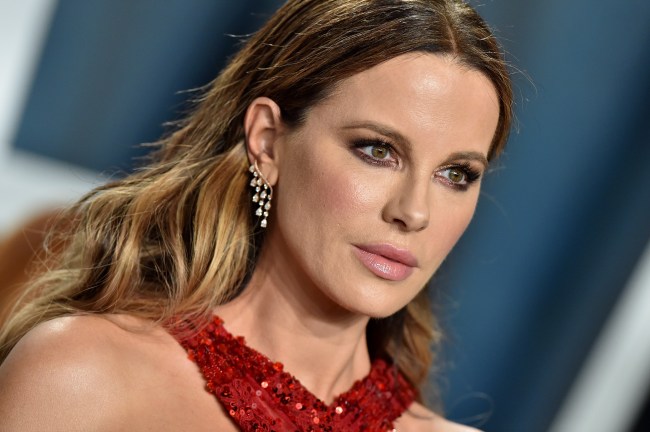 If you were born before 1991, in Kate’s eyes, you need to get your affairs in order because you are basically a dead person. If you were cognizant of what was happening during 9/11, move along geezer and find yourself a Suzanne Somers. If your mother’s Macy’s catalog was your only mechanism to whack it growing up, you are likely in the highest risk demographic to contract COVID.

But don’t take it from me. Let’s consult the data.

If you think Goody Grace is a Chili’s dessert, congratulations, you’re old enough to rent a car.

But Goody is a Canadian musician who caught the eye of Travis Barker after he posted his music to Soundcloud. Prior to then, he was couch surfing in Los Angeles.

He has since worked with Blink-182 and now is allegedly dating the 46-year-old Beckinsale after photos of the two holding hands were published last week. Life comes at you fast. Tip of the cap.

In a since-deleted Instagram selfie, Beckinsale went to war with a couple trolls who criticized her life choices.

The comment reportedly read, “Please stop getting Botox…you will so regret it later in life.”

The “Click” star apparently didn’t appreciate with the online users’ comment and replied, “I literally don’t get Botox. Please hop off my dick you will so regret it later in life.”

The comment was followed up by another troll commenting about her rumored romance with the young musician, on a post of Beckinsale trying to teach her cat to sit.

“Try and see if your new tom boy will adhere,” the user wrote.

“Try and see if you can spell and not just goon yourself straight out the gate,” the “Underworld” star responded, suggesting the person had most likely meant to write “toy boy” rather than “tom boy.”

Killed two trolls with one stone. Making me a bit hot. Does anyone have a time machine so I can erase 10 years and 20 pounds and have a snowballs chance with Kate?