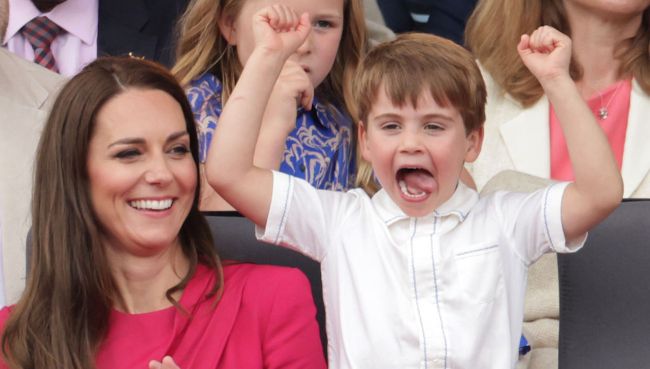 Ahhhh, remember when everyone hated Joffrey Baratheon with every fiber of their being? Was that the last time Americans uniformly agreed on something? Well, come to think of it, perhaps utter disgust towards the Game of Thrones finale was the last time we were all on the same page, because, boy oh boy, people were PISSED. Some were so disgusted by the way Thrones ended, in fact, they claim they won’t be tuning into the Targaryen-focused prequel House of the Dragon, which will hit HBO in August. But all of that’s neither here nor there.

The reason I’m reminiscing about Joffrey’s infamous tyranny, of course, is become the iconic Game of Thrones villain was recently used as a comparison for Kate Middleton’s son Prince Louis (jokingly, of course), who was caught on camera acting like quite a brat at England’s recent Platinum Jubilee Pageant. The Platinum Jubilee Pageant, by the way, was essentially a celebration of the Queen’s 70-year reign.

I know a Joffrey Baratheon when I see 1 https://t.co/p6UJgH8xDb

The Duke and Duchess of Cambridge didn’t seem all too bothered by their four-year-old’s tantrum, though, as the couple’s official Twitter account made light of the situation in a viral tweet.

— The Duke and Duchess of Cambridge (@KensingtonRoyal) June 6, 2022

And since we’re here, we may as well soak in Joffrey choking to death for old time’s sake — for simpler time’s sake. As for House of the Dragon, that’ll premiere on HBO and HBO Max on Sunday, August 21.