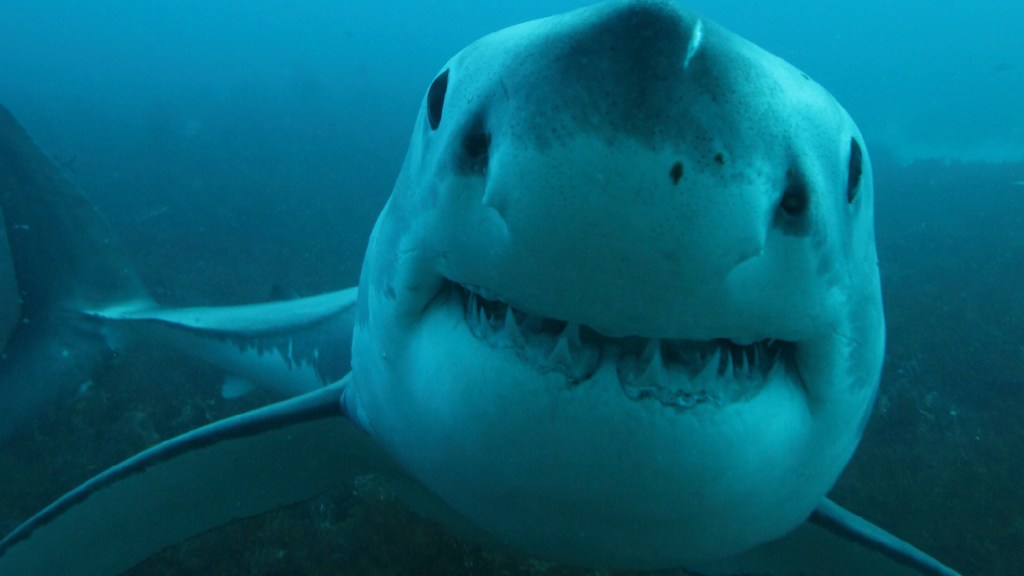 Sometimes ‘out of sight, out of mind’ is what’s best for one’s sanity. For instance, would you really want to know that during your dog walk last week there was a bobcat or mountain lion stalking you in the bushes and you came within seconds of being attacked?

Or, for example, that when you were kayaking last week there was a great white shark stalking you the entire time? Personally, I’d prefer to never know that shark was there because it might have me thinking twice about paddling alone in the future and it’s not always easy to find a partner to go kayaking with.

This video below comes from Andy Burnell who runs the crabecam YouTube channel which is dedicated to sharing ‘little glimpses into South Australian marine life.’ In this particular video, he attached a GoPro camera to a line and dragged it behind his kayak while paddling ‘about 1.5 km off the end of Grange Jetty’ in Adelaide. Upon reviewing the footage, he discovered a great white shark was following him for minutes.

There is no evidence he was ever in any danger. In all likelihood, the shark was just curious because there was a very foreign object being dragged through the water and it might’ve briefly mimicked prey as the reflection caught the sun above. But there is no reason to assume the kayaker was ever in danger.

With that said, I’d prefer to be in an actual boat (center console, etc) or back on dry land instead of sitting in a plastic kayak where the only thing between me and a great white shark was some flimsy plastic and a paddle. Call me crazy, but that’s just too close for comfort for me.

His other videos in the area, the ones that don’t include great white sharks, look absolutely stunning as well. Here’s a stingray versus a fiddler crab: