Keanu Reeves Says He’d Love To Play Wolverine, So Here’s What Would Look Like As Logan 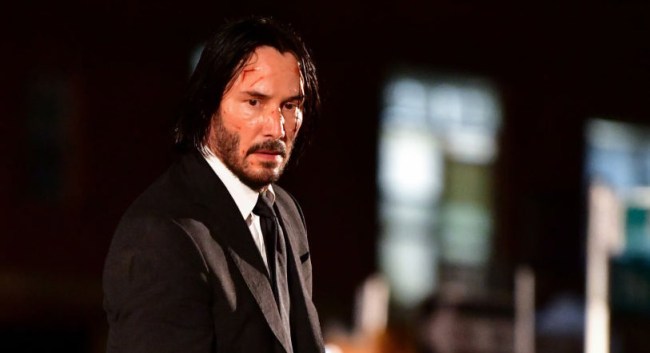 With the Marvel Cinemtic Universe in the biggest state of flux it’s been in since Iron Man was released way back in 2008, we’re now at a point where we can never say never about what is yet to come.

To begin with, we’ve got Netflix canning all of their Marvel shows, so that part of the MCU is now completely in limbo. We’ve also got almost all of the main players in the Avengers about to come to the end of their contracts. Plus, there is the whole Disney buying 20th Century Fox thing, throwing the X-Men, Fantastic Four and Deadpool under their umbrella for the first time ever.

And speaking of the X-Men, we also have the fact that Hugh Jackman, who has played one of the group’s most iconic members, Wolverine, since the year 2000, saying he is done with the role.

Which means that Disney and Marvel will be looking for a new actor to play old man Logan at some point in the near future.

With his portrayal of ultra-assassin John Wick, Reeves has more than proven to be a good action hero, both on the screen as well as at the box office.

Plus, he recently told the folks over at ScreenGeek that he would be totally down to pick up the claws if he were asked.

Keanu Reeves: No it wasn’t that I couldn’t take it, it was cast.

Yeah, they had everyone they needed for those roles. Now those positions are opening up –

[Replicas co-star] Alice Eve: We have John Wick though! What can he do; he can’t be a cheater! You can’t cheat on John!

Keanu Reeves: Of the two, I’d love to play Wolverine.

Still having a hard time wrapping your brain around Keanu Reeves as Wolverine? Amazing artist BossLogic has you covered…