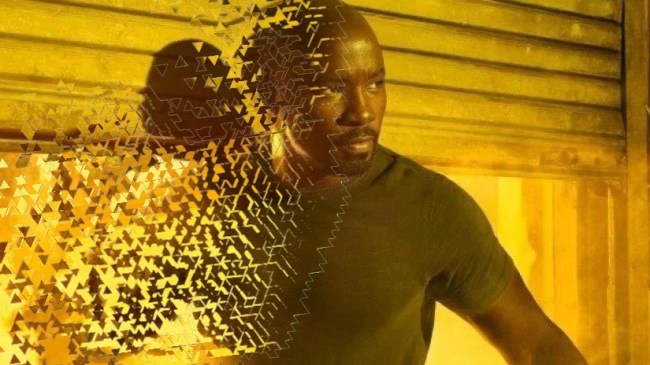 Netflix abruptly canceled Luke Cage seemingly out of nowhere. Netflix said that the reason that they pulled the plug on the Marvel series was over “creative differences.” The showrunner and cast of the comic book TV show have reacted to the cancelation and fans voiced their displeasure on Twitter.

Exactly one week after Netflix axed Iron Fist, now Luke Cage doesn’t feel so good after his show was canceled. Luke Cage had pretty decent reviews by critics and viewers alike with an 88% overall rating on Rotten Tomatoes, a 79 Metascore on Metacritic, and a 7.5 on IMDB.

However, it seems that behind-the-scenes issues were the downfall of Luke Cage as Netflix and Marvel clashed on creative differences and the inability to strike a deal. Like Iron Fist, Luke Cage was canceled after just two seasons. Possibly Netflix reenergizes their superhero catalog with a Daughters of the Dragon series that could open the door for Luke Cage and Danny Rand to return to the small screen.

“Unfortunately, Marvel’s Luke Cage will not return for a third season,” Marvel and Netflix said in a statement on Friday. “Everyone at Marvel Television and Netflix is grateful to the dedicated showrunner, writers, cast and crew who brought Harlem’s Hero to life for the past two seasons, and to all the fans who have supported the series.”

Luke Cage showrunner Cheo Hodari Coker tweeted, “A lot memories. A lot of individual thank you calls to make. Just want to say thank you to Marvel, Netflix, the best Writer’s room, cast, crew, the Midnight Hour, all those who graced the stage at Harlem’s Paradise and the most incredible fan base in the world. Forward always…”

A lot memories. A lot of individual thank you calls to make. Just want to say thank you to Marvel, Netflix, the best Writer’s room, cast, crew, the Midnight Hour, all those who graced the stage at Harlem’s Paradise and the most incredible fan base in the world. Forward always…

We came together and created something truly special. I am forever grateful for Luke Cage.

Actor Mike Colter who stars as Luke Cage has yet to say anything about the cancellation. Iron Fist star Finn Jones showed his support for Luke Cage on Instagram.

Fans were absolutely crushed (and some furious) that Luke Cage was canceled after only two seasons and let it be known on social media.

Me after hearing Luke Cage was cancelled. pic.twitter.com/h3raqVFOkA

Since Netflix canceled Luke Cage I have to bring back this NYC Gem. pic.twitter.com/Mrbn9Ge1qg

Then there were people who believe that Thanos is behind the downfall of Luke Cage and Iron Fist.

Iron Fist and Luke Cage got cancelled. Welp, looks like Thanos is at it again…. pic.twitter.com/xrsHpRgY4D

We just lost half the original Netflix Marvel lineup, so I guess it’s all connected after all… 😬 pic.twitter.com/5B905sWkTH

Did Thanos recently get hired at Netflix? #IronFist #LukeCage

Luke Cage got cancelled….that Thanos snap did more damage then we thought, apparently cause its killing the Defenders! pic.twitter.com/Zib2O27KOk

#LukeCage and #IronFist have been cancelled. Why are people surprised? Thanos snapped his fingers and half the marvel characters died. These shows will be revived next year after #Avengers4 . Great marketing tactic @netflix #Marvel

But there might be one underlying reason for Luke Cage to be canceled… that dab.

Are we really going to pretend that Luke Cage wasn't canceled for any other reason than that cringe-worthy dab? pic.twitter.com/RtqpSYVQpt

Jessica Jones had better watch her back.