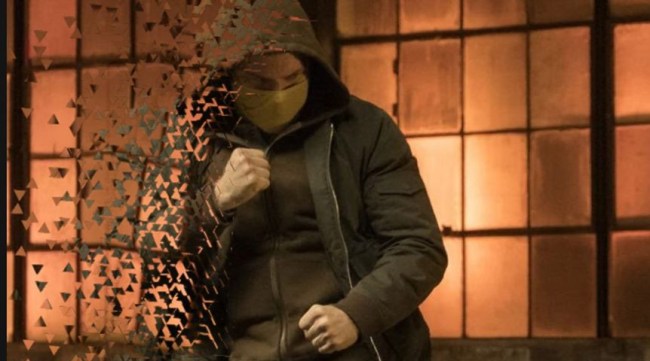 “I don’t feel so good” — Danny Rand. That is because Netflix canceled Marvel’s Iron Fist after only two seasons and people were depressed about the news. Iron Fist becomes the first Marvel series to be canceled by Netflix.

“Marvel’s Iron Fist will not return for a third season on Netflix,” Netflix and Marvel said in a statement. “Everyone at Marvel Television and Netflix is proud of the series and grateful for all of the hard work from our incredible cast, crew and showrunners. We’re thankful to the fans who have watched these two seasons, and for the partnership we’ve shared on this series. While the series on Netflix has ended, the immortal Iron Fist will live on.”

The cancellation of Iron Fist comes as a shock to many especially since Season 2 of the comic book TV show left on a huge cliffhanger. Critics and fans alike said the first season was weak, but there was an improvement in Season 2, plus the Daughters of the Dragon were preparing to make their debut.

The show’s star Finn Jones expressed his sadness that the show was over. “I have an enormous amount of love and respect for everyone involved with the last two seasons of this show,” the actor said in an Instagram post. “Defending the greatest city in the world amongst the most talented and warmest people has been a privilege and a joy. Blessed to have taken this journey and grateful for the ongoing support.”

Supporters of the Iron Fist series voiced their disappointment that the show had abruptly come to a very unsatisfying end.

I genuinely can't believe that I'm about to say this:

the thing i'll miss most about iron fist is all the other characters roasting him for being a doofus pic.twitter.com/2Ah11hVcjj

There were some viewers who said the axing was justified.

With the absolute backward steps they took in season 2, Iron Fist earned its cancelation. What a disappointment to what could’ve been a great season, but completely lost the pulse of its main character. An example of what NOT to do IMO.

The only time #IronFist trends and it's thats because its canceled pic.twitter.com/KXxOVYp5Nh

Keep your heads up Iron Fist fans, there’s always the hope of some crossover action where characters make appearances in the other Marvel TV shows such as Luke Cage.