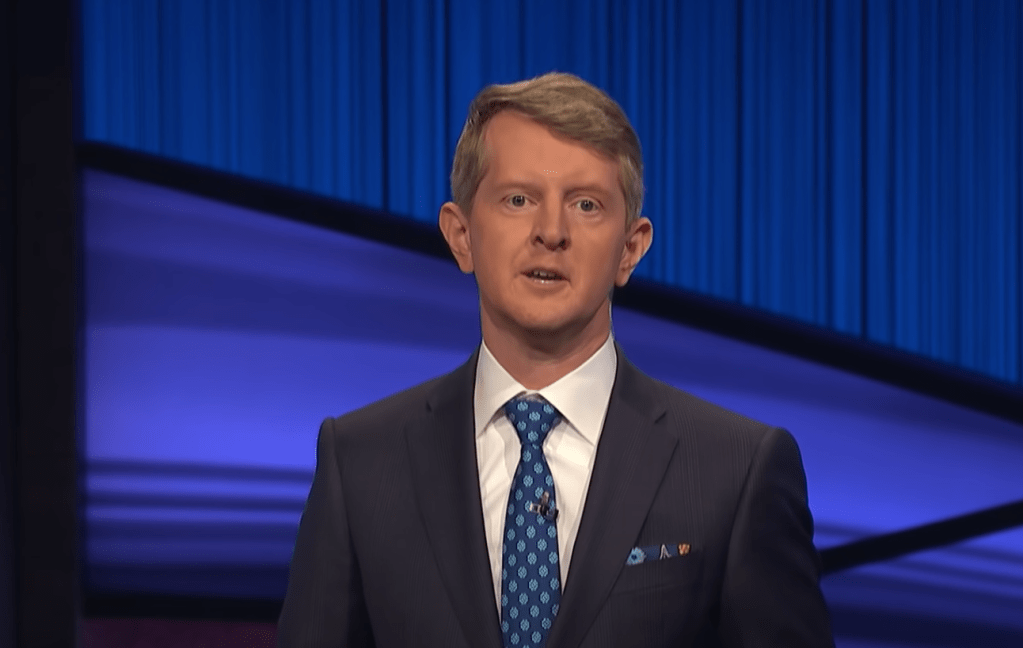 Ken Jennings made his debut on Monday as a guest host of Jeopardy!. Ken Jennings steps in as the first guest host (of several) after the passing of Alex Trebek and while Trebek’s shoes can never be filled I think most Jeopardy! fans were pleased to see that it was Ken hosting the first set of new episodes.

Jennings opened the episode with a heartfelt message, saying that ‘sharing the stage with Alex Trebek was one of the great honors’ of his life. He goes on to say ‘not many things in life are perfect, but Alex did this job pretty perfectly.’ You can see his opening here:

After the show, Ken sent out this tweet showing the good luck memento he’d kept hidden in his jacket pocket all week while filming Jeopardy!. It was an audience ticket from 1983 to Alex Trebek’s very first filming of Jeopardy!. How anyone anywhere still had this intact is beyond me but it’s a cool piece of quiz show and television history:

A friend gave me this piece of quiz show history: an audience ticket to Alex's very first Jeopardy! pilot from 1983. ("ALEX TREBEK! DOOR PRIZES!") I kept it in my pocket while guest-hosting Jeopardy! this week, as a good luck charm. pic.twitter.com/dpDn67lWPp

As for the episode itself, it was a runaway with contestant Tanay Kotari being uncatchable by the ‘Final Jeopardy’ round where he wagered $0 and still got the question right. You can watch the episode in full on YouTube if you’re interested in that:

A new permanent host has not been named. In addition to Ken Jennings, Katie Couric will host some episodes of Jeopardy!. The showrunners previously stated it will be a rotating cast of guest hosts until they settle on a permanent host and at this point pretty much every name is on the table as a potential guest host.