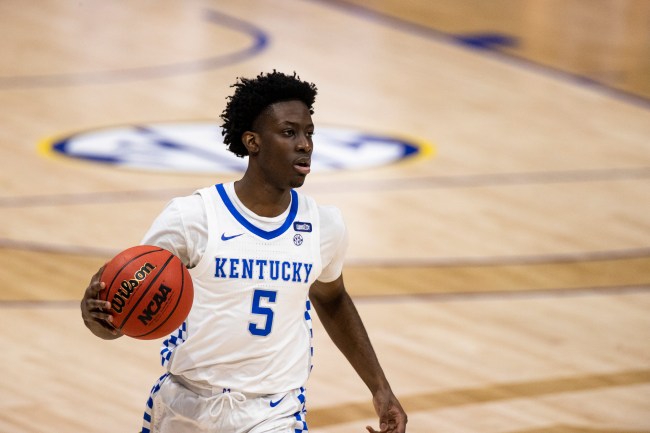 Kentucky guard Terrence Clarke has reportedly died in a car accident in Los Angeles at the age of 19 according to a report by WKYT. There are not many details as to what happened but we’ll update this post whenever more information becomes available.

Terrence Clarke has passed away. Prayers to his family on this terrible tragedy

Sources tell WKYT Clarke and BJ Boston were leaving a workout in LA. We have been told Clarke died on the way to hospital.

Boston was reportedly in a car behind him. We don’t know details on what happened.

Clarke, a 6-foot-7 guard, was limited to just eight games this season due to a leg injury– seven in non-conference play and one in the SEC Tournament– making six starts and averaging 9.6 points, 2.6 rebounds and 2.0 assists per game.
This story is developing.

Other news outlets confirmed the news of Clarke’s passing.

Boston was reportedly driving behind Terrence Clarke when Clarke was involved in a deadly accident.

UK basketball star Terrence Clarke has died in a car accident in Los Angeles. He and his Kentucky teammate BJ Boston had just left a work out together. Boston was in a car behind Clarke. Both just declared for the NBA draft. Terrence Clark was only 19 years old. @WLWT

Clarke had recently signed with Klutch sports and declared for the NBA draft after his freshman season at Kentucky.

Life is so incredibly fragile and often unfair