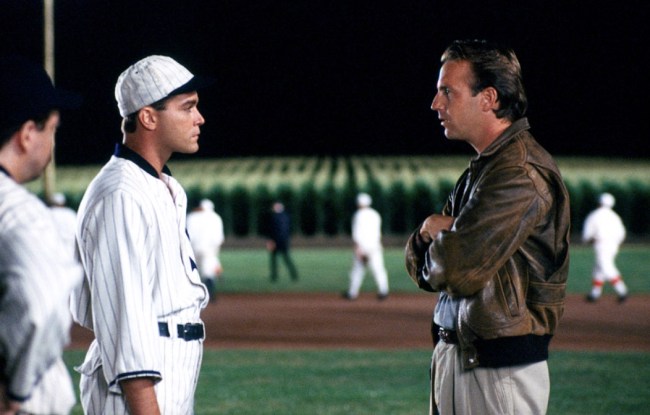 While Liotta was obviously best known for his famed performance as Henry Hill in Martin Scorsese’s legendary 1990 gangster epic Goodfellas, Liotta had plenty of other beloved roles throughout his career, perhaps most notably as Shoeless Joe Jackson in the 1989 film Field of Dreams.

On Thursday night, Major League Baseball held their annual Field of Dreams game — an awesome new tradition that began last summer — and Kevin Coster, who starred in the film as Ray Kinsella, appeared on the broadcast to narrate a tribute to Liotta.

"That's the beauty of baseball and a movie like 'Field of Dreams.' He gets to live forever in our hearts."

Earlier his year, Ray Liotta sadly passed away at the age of 67. Kevin Costner looks back at his time on set with Liotta and honors the life of his former colleague. pic.twitter.com/HRQ681OgbZ

While Liotta’s cause of death has yet to be officially reported, reports indicate that the actor passed away in his sleep in Santo Domingo, Dominican Republic, during the filming of the movie Dangerous Waters.

Liotta remained prolific up until the end of his life, as he can most recently be seen starring in the AppleTV+ series Black Bird, in which he puts forth an excellent performance as a retired cop.

He also has films such as Cocaine Bear, an untitled film directed by It’s Always Sunny star Charlie Day, The Substance, Clash, and the aforementioned Dangerous Waters all set to release posthumously.