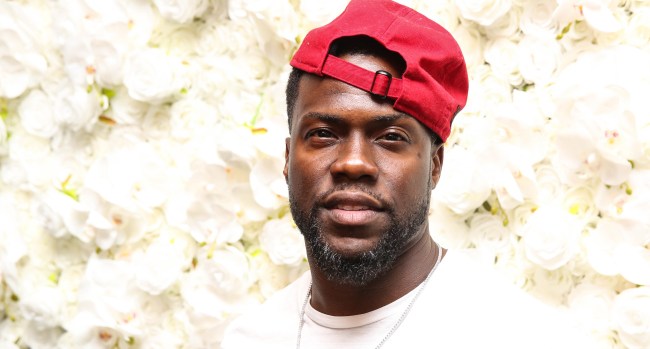 Less than 24 hours after being involved in a crash that totaled his classic 1970 Plymouth Barracuda and quickly transported to a hospital with a “major back injury,” Kevin Hart had already undergone successful back surgery and was on his way to recovery.

Despite rumors floating around that Hart was paralyzed as a result of the crash, his wife Eniko informed TMZ that the comedian is “going to be just fine,” which is a miracle considering how horrific the aftermath of the crash looked.

Kevin Hart is on the mend, but he won’t be out of the woods for a long time, the comedian will require extensive physical therapy … TMZ has learned.

Sources close to Kevin tell us he’s expected to be released from the hospital by the end of the week. However, he’ll have a heavy physical therapy workload in the coming weeks, along with a steady schedule of follow-up doctors appointments.

The man who was driving Kevin’s Barracuda, Jared Black, was pinned inside the car and was airlifted to UCLA Medical Center following the accident. His fiance, Eniko Hart’s trainer Rebecca Broxterman, was also pinned in the back seat of the vehicle, but was able to walk away without any major injuries.

Crash investigators have told TMZ that police are looking into excessive speed being the possible cause of the crash. A witness near the scene reported hearing tires screeching, followed by the sound of the car crashing through the fence off of Mulholland Highway in Malibu Hills.

This is where @KevinHart4real’s car went off the road into a ditch in Calabasas. The comedian turned actor was not driving his car. Authorities say he and the driver sustained serious injuries. Latest details on @KTLA at 10 & 11pm. pic.twitter.com/4WmVYK8yNp

.@CHPWestValley officials confirm actor/comedian @KevinHart4real was seriously injured after a friend, who was driving Hart’s 1970 Plymouth Barracuda, lost control of the car and rolled it down an embankment in Malibu Hills. @KNX1070 has obtained a copy of the CHP report. pic.twitter.com/3tbNU1pqKM