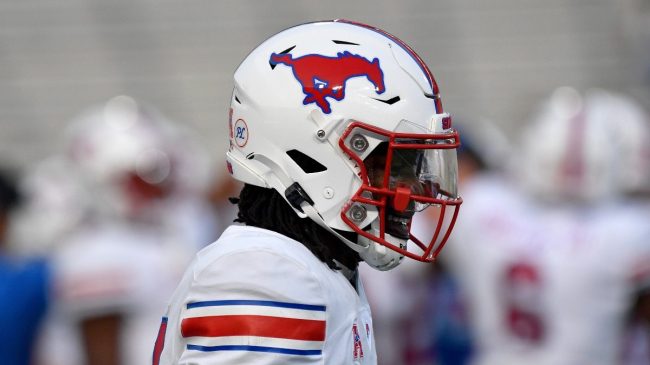 The college football season is in full swing but it sounds like the SMU Mustangs are in a world of trouble. They currently sit 2-2 and aim to earn their third win of the year over the UCF Knights on Wednesday night. However, reports are indicating that multiple key players plan to sit out for the remainder of the year with plans of entering the transfer portal in the offseason.

According to Dallas Morning News, “sophomore wide receiver Roderick Daniels Jr. and senior safety Chace Cromartie will sit out the rest of the season with intentions to enter the transfer portal.” Doing so will preserve their redshirt eligibility so they can continue playing elsewhere in 2023. This isn’t a great look for SMU, as the football team will be without at least two of its stars for the remainder of the year.

The timing is key though, as “college players are able to redshirt a season if they haven’t played in more than four games,” per Joseph Hoyt. SMU is in line to play its fifth game of the year on Wednesday. So, although the college football team is likely to suffer this year, at least Daniels, Cromartie, and others won’t lose any eligibility.

The transfer portal certainly creates new opportunities for student-athletes. We’ll see how it plays out for SMU, but their hopes of playing in a bowl game just took a dip.